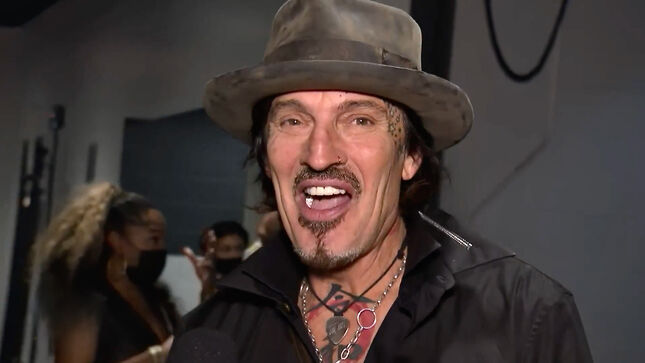 Lee has no problem with Sebastian Stan playing him in the upcoming series, and admitted that he hasn't seen the photos of 39-year-old Stan portraying him alongside actress Lily James, who is playing Lee's ex-wife, Pamela Anderson, in the miniseries.

"I know Sebastian, he's playing me. From what he's told me, really beautiful story," Lee shared with ET. "I think a lot of people would think it's one thing, but it's really about privacy and how things got crazy then. There's different laws now."

Pam & Tommy is about Anderson and Lee's whirlwind romance, including their 1995 wedding on the beach in Mexico after knowing each other for only 96 hours and the private sex tape from their honeymoon that was made public and watched by millions without their consent.

Though he's looking forward to the upcoming miniseries, Lee, who divorced Anderson in 1998, admitted to ET that the situation in real-life was tough. "The story's actually cool, what actually happened wasn't," he said, adding that "people need to know" what occurred.