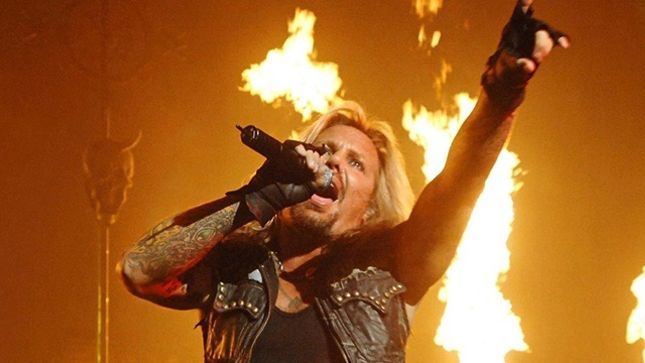 Mötley Crüe singer Vince Neil is recovering at home after breaking his ribs during a concert on Friday night (October 15) in Tennessee.

Neil's Mötley Crüe bandmates posted the following message via social media: "Vince is back home and resting after breaking a few ribs on Friday night. Our love and best wishes for a speedy recovery and ready to rock in ‘22!!"

TMZ reported that Vince was performing at the Monster On The Mountain festival in Pigeon Forge, Tennessee. He was a few songs into his set when he stepped to the edge of the stage, and then suddenly tumbled 4 feet onto the cement. Turns out there was a small gap between the speaker and the stage that Vince didn't see and he fell through the crevice onto the floor.