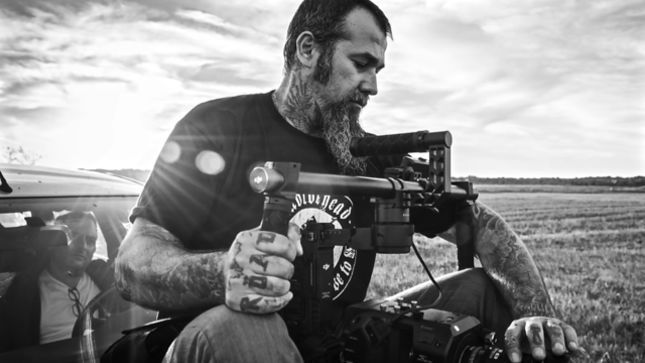 Back in early December, Motörhead released a new music video for the track “When The Sky Comes Looking For You”, from their latest album, Bad Magic. Behind-the-scenes footage from the video is now available. See the new footage, as well as the official video, below:

“When The Sky Comes Looking For You” video:

On January 22nd at the NAMM 2016 music industry trade fair in Anaheim, CA, Motörhead drummer Mikkey Dee spoke with Junkman for Vintage Rock, offering his thoughts on frontman Lemmy who passed away at age 70 on December 28th, 2015. Check out the interview below.

In addition, there is a brief video interview (likely his last) from May by VR Live partner Playboy Video and Lemmy was asked: What would you tell your 20-year-old self about life?

“I don't know about life,” Lemmy responded. “Nobody does. We know about death (laughs). But life is more complicated. And certain things jump out at you just when you take a forward confident step and it’ll blow your fucking candle out. That's it, it's really weird. I got sick last year and I had already had diabetes, then I got fucking kidney failure and all kinds of shit. I was in the hospital twice. I never planned for this shit you know. The thing about death is that it's so final really. As far as we know … nobody has ever come back and told us about it.”