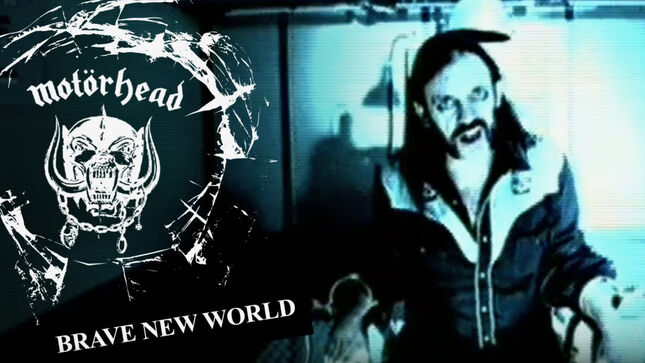 Motörhead have released the new video below, stating: "Who remembers the video for ‘Brave New World’ from Hammered? We’ve found a copy of it in the archive and had upscaled to HD so all you Motörfans can enjoy it once more!"

The band previously released a "lost" video for "Whorehouse Blues" from Inferno, upgraded to 4K HD. Watch below:

BMG recently announced the October 29 release of a new career-spanning Motörhead set, entitled Everything Louder Forever - The Very Best Of. The collection will be available on 2CD, 2LP and 4LP. The 2CD digipak and 4LP fold out sets will feature 42 tracks. The 2LP set will include 22 tracks in a gatefold package. Pre-orders and exclusive bundles available here.