MOTÖRHEAD's Classic "Be My Baby" Music Video Gets HD Upgrade 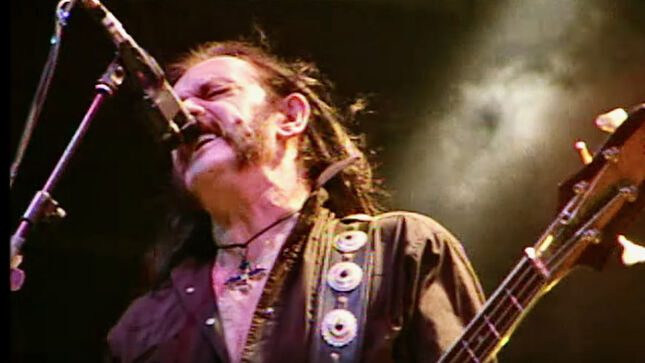 "We have another HD upscale of a classic video from the Motör-vaults that’s gone live today," states a message from Motörhead. "This time it’s ‘Be My Baby’ from the mighty Kiss Of Death!"

On October 29, BMG will release a new career-spanning Motörhead set, entitled Everything Louder Forever - The Very Best Of. The collection will be available on 2CD, 2LP and 4LP. The 2CD digipak and 4LP fold out sets will feature 42 tracks. The 2LP set will include 22 tracks in a gatefold package. Pre-orders and exclusive bundles available here.