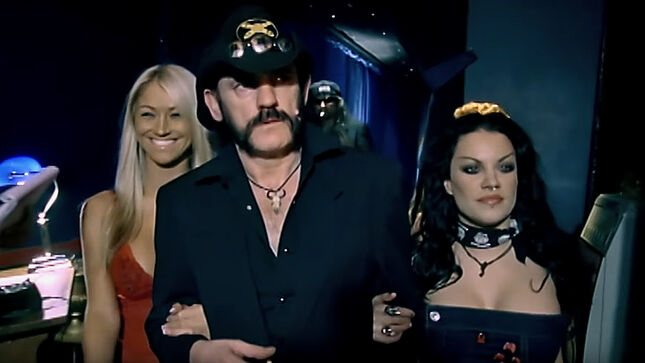 "The video of 'Whorehouse Blues' from Inferno had been feared lost for many years but we’ve managed to locate a copy and get it upgraded to 4K HD," states a message from Motörhead. "Look at the difference!"

"Whorehouse Blues" appears on the album Inferno and features the lineup of Lemmy, Phil Campbell and Mikkey Dee. Originally released on June 22, 2004 on SPV, it was produced by Cameron Webb.

BMG recently announced the October 29 release of a new career-spanning Motörhead set, entitled Everything Louder Forever - The Very Best Of. The collection will be available on 2CD, 2LP and 4LP. The 2CD digipak and 4LP fold out sets will feature 42 tracks. The 2LP set will include 22 tracks in a gatefold package. Pre-orders and exclusive bundles available here.