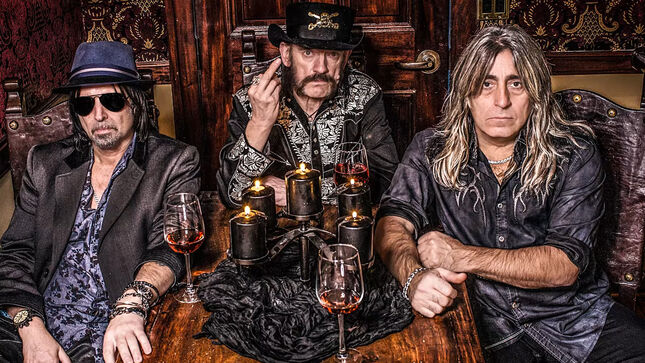 Motörhead, the iconic Godfathers of heavy metal, released their 23rd (and final) studio album Bad Magic in 2015. Instantly hailed as one of the best the beloved trio had recorded in many years, Bad Magic: Seriously Bad Magic enjoys a bonus-packed refresh, adding two previously unreleased tracks from those furious sessions:

“Bullet in Your Brain” and “Greedy Bastards” as well as a snarling, fangs-out live performance from that subsequent tour at the giant Mt Fuji Festival in Japan in 2015. Fans will also get “War, Love, Death And Injustice”, an audio interview with Lemmy conducted by Motörhead expert Robert Kiewik during the tour, and should the desire to have a chat with Lem or anyone beyond this mortal coil arise, the box-set will exclusively contain a Murder One ouija board (complete with the Ace of Spades planchette to spell out the conversation).

A new video for “Bullet In Your Brain”, featuring exclusive, never before seen footage of Motörhead in the studio for the Bad Magic sessions, is available right now. A foot-down, fist-pumping, Lemmy-bass-driven stomper with a deliciously dirty Campbell riff, and Dee-driven dynamics, both the song and footage are a tremendous treat for fans who have craved new Motörmaterial. Watch the video below.

At the time of its release back in 2015, Bad Magic arrived as a massive kick in the teeth for anyone who believed Motörhead were going to amble along into a peaceful little pasture containing fluffy little lambs, folk music and perhaps the odd medieval lute here and there. Big-rig head crushers such as “Thunder & Lightning” and “Teach Them How To Bleed” brought such people to their knees begging for forgiveness, as the album unfurled into their toughest, leanest, meanest and most uncompromising album in aeons. Much of this came down to long-time producer Cameron Webb getting the band to record live at NRG North Hollywood, Maple Studios and Grandmaster in California together for the first time in the Kilmister/Campbell/Dee era, and from the crackling punk energy of “Electricity” to Brian May of Queen’s scintillating guest-appearance on “The Devil”, a vast wealth of aggression, attitude, and excellent songwriting was cultivated in that furious working environment.

Phil Campbell didn’t just record possibly his finest guitars, he threw down most certainly his best solos for decades, while Mikkey Dee’s drumming found new tribal resonance with the Motörhead sound he had helped nurture. There was also one of Lemmy's rawest lyrical life reflections on “Till The End”, and a cover of The Rolling Stones’ “Sympathy For The Devil” which made the song feel like one of their own. One of the hidden gold-dust additions to Bad Magic: Seriously Bad Magic, is Motörhead’s famous, and internationally acclaimed, version of David Bowie’s classic “Heroes”. Originally slated for inclusion on the last release only to be withdrawn at the last minute, it was a cover version which Lemmy had a great affection for, and as such its inclusion here is both fitting and just.

As the title says, this is Motörhead delivering some Seriously Bad Magic. 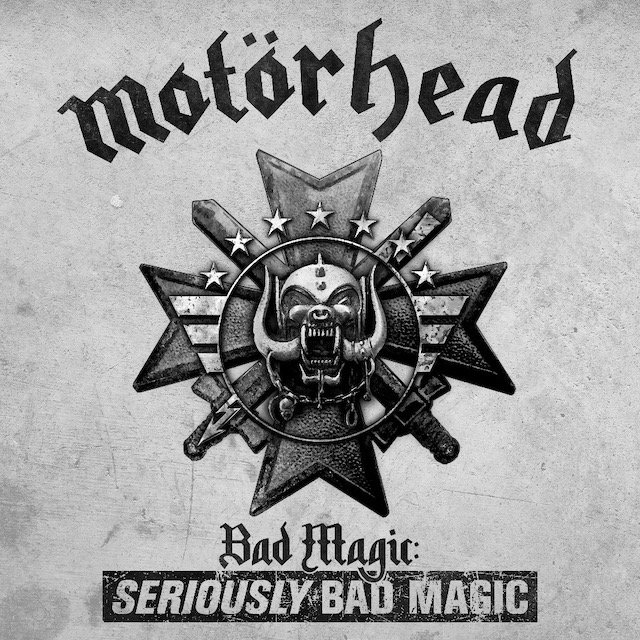 "Bullet In Your Brain" video: