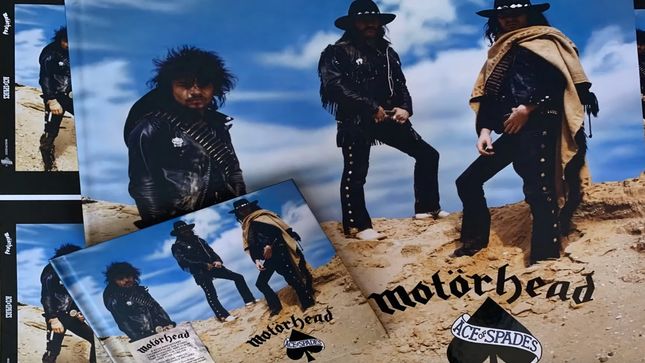 Motörhead's Ace Of Spades 40th Anniversary celebration releases have taken the world by storm once more, establishing this landmark album as being of eternal importance to music culture.

With a centrepiece deluxe edition box-set, comprising the original album, two previously unreleased live albums from the Ace Up Your Sleeve tour, a DVD compilation, 40-page book, poker dice, tour program and other treasures, Ace Of Spades has landed on the US NACC charts at #1, crashed the German charts at #10 (the same position it hit on initial release in 1980), #4 in Sweden and stormed into the UK rock & metal chart at #4, while in the US sales charts, …Spades has hit the top 100.

The box-set, deluxe box-set, 2 CD edition and 3 LP editions are still available in very limited quantities at certain retailers and outlets, and reinforcements are being manufactured to hopefully arrive and meet the demand in late January 2021.