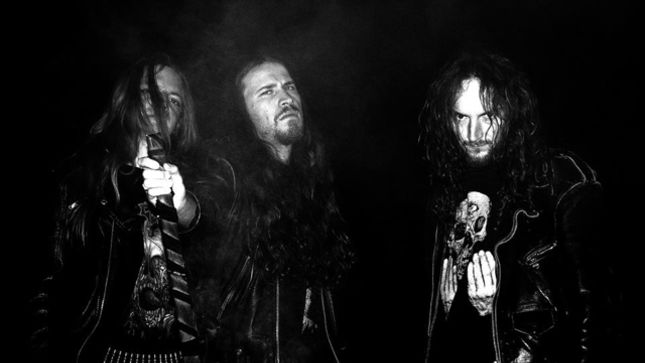 With Serpents Scourge, the second opus diabolic of NecroWretch, is out today through Century Media Records. The album is released on CD, LP (incl. A3 poster) and as digital download. For the vinyl collectors: Be sure not to miss the album on dark green vinyl! This version is worldwide limited to only 100 copies and can exclusively be purchased at CM Distro.

NecroWretch have launched another track from the new album. Check out “The Bells Of Evil Schism” below, along with the previously posted tracks, “Feast Off Their Doom” and "Even Death May Die".

Possessed by Satan and with urge to deliver one of the most blasphemous albums ever recorded on French soil, NecroWretch channeled all their sinister powers and spewed out nine tracks dripping of utter blasphemy, depravity and vileness that have no equal. The album was mastered by Patrick W. Engel at Temple Of Disharmony (Necrophobic, Dissection, Asphyx, Necros Christos and many more).


“The Bells Of Evil Schism”:

“Feast Off Their Doom”:

"Even Death May Die":