NEIL YOUNG Pays Tribute To DAVID CROSBY - "The Soul Of CSNY, David's Voice And Energy Were At The Heart Of Our Band" 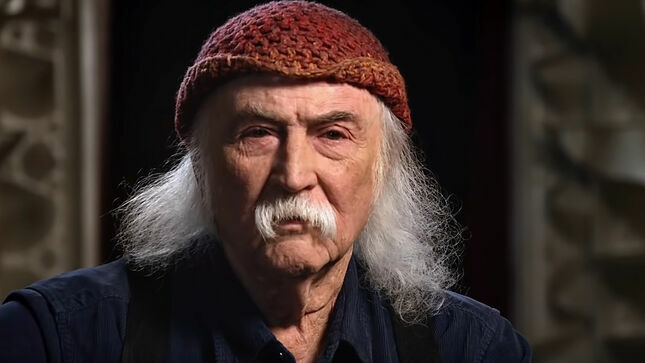 Singer-songwriter-guitarist David Crosby, a founding member of ’60s rock units, the Byrds and Crosby, Stills & Nash (later Crosby, Stills, Nash & Young), died on January 18th. He was 81 years old. A cause of death has not been revealed, reports Variety.

Neil Young has paid tribute to Crosby via his official website, issuing the following statement:

"David is gone, but his music lives on. The soul of CSNY, David's voice and energy were at the heart of our band. His great songs stood for what we believed in and it was always fun and exciting when we got to play together. 'Almost Cut My Hair', 'Dejavu', and so many other great songs he wrote were wonderful to jam on, and (Stephen) Stills and I had a blast as he kept us going on and on.

His singing with Graham (Nash) was so memorable, their duo spot a highlight of so many of our shows. We had so many great times, especially in our early years. Crosby was a very supportive friend in my early life, as we bit off big pieces of our experience together. David was the catalyst of many great things.

My heart goes out to Jan and Django, his wife and son. Lots of love to you. Thanks David for your spirit and songs, Love you man. I remember the best times!"

Former CSNY partner Graham Nash, who had been estranged from Crosby in recent years as their group went its separate ways, paid tribute on his social media. “It is with a deep and profound sadness that I learned that my friend David Crosby has passed,” Nash wrote. “I know people tend to focus on how volatile our relationship has been at times, but what has always mattered to David and me more than anything was the pure joy of the music we created together, the sound we discovered with one another, and the deep friendship we shared over all these many long years.”

“David was fearless in life and in music,” Nash continued. “He leaves behind a tremendous void as far as sheer personality and talent in this world. He spoke his mind, his heart, and his passion through his beautiful music and leaves an incredible legacy. These are the things that matter most. My heart is truly with his wife, Jan, his son, Django, and all of the people he has touched in this world.”

Eight months ago, Crosby made headlines when he said he was done performing live, declaring, “I’m too old to do it anymore. I don’t have the stamina; I don’t have the strength.” But he said he was recording as busily as possible: “I’ve been making records at a startling rate… Now I’m 80 years old so I’m gonna die fairly soon. That’s how that works. And so I’m trying really hard to crank out as much music as I possibly can, as long as it’s really good… I have another one already in the can waiting.” Crosby subsequently backtracked about doing concerts, saying in mid-December that he’d changed his mind and expected to be out playing live again.