NELSON Releases Christmas Album; A Christmas With The Nelsons Tour Kicks Off In December 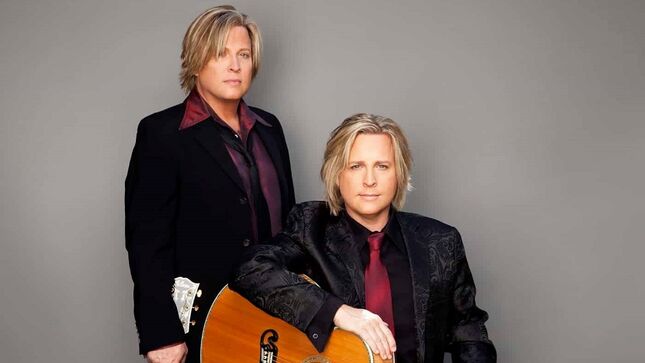 Gunnar and Matthew Nelson deliver a wonderful musical gift on October 14, 2022 with A Nelson Family Christmas. This all-new holiday collection holds over a dozen joyfully performed and caringly crafted renditions of Christmas standards, none of which are currently available digitally. Making this album a true family affair, the multi-platinum-selling twin brothers also have included holiday tunes recorded by their father, Rock & Roll Hall of Famer Ricky Nelson, and their grandfather, big band star-turned-TV icon Ozzie Nelson. The Nelsons, in fact, are the only family to ever have #1 hit songs across three generations. Order/stream here.

“This album has been our labor of love from the very beginning,” Gunnar describes. “Growing up in the Southern California music scene with our father’s Stone Canyon Band, we were inspired by family friends like Linda Ronstadt, Crosby Stills and Nash, Poco, Jackson Browne, and the Eagles. We wanted to produce this record with the same reverence for organic music that these musical heroes of ours had. Real instruments. Real singing. Timeless and classic while remaining passionate and uplifting. We couldn’t be more proud of what we’ve done on this album.”

Christmas has held a special place for both Matthew and Gunnar Nelson since childhood, and they had long thought about doing a Christmas album. When the brothers decided to make one, the duo focused on maintaining the timeless quality of these Christmas classics but also having them sound genuine to themselves as musicians.  “The Christmas miracle here is that this is the first time all three generations of Number One Nelson men, through the power of music, are able to travel through time and sing together,” added Gunnar. “What a gift! It’s always been a dream of ours to be able to sing with Grandpa and Pop. Now we don’t have to wait to get into Heaven to do it.”

Bringing an invigorating spirit to their interpretations of these well-known holiday tunes, Matthew and Gunnar opted to lean toward the country rock sound that they grew up on more than the harder rock that garnered them their big hits like “After The Rain” and “(Can't Live Without Your) Love and Affection.” Their take on “Holly Jolly Christmas” incorporates masterful acoustic guitar picking and a rousing country fiddle soars through “Santa Claus is Coming To Town.” The traditional “Oh Come All Ye Faithful” is powered by a galloping Buddy Holly-style drum beat and a loose, live vibe warms both the rockabilly-infused versions “Rockin’ Around The Christmas” and “Jingle Bells.” The twins’ signature harmonies shine throughout A Nelson Family Christmas, particularly on the more intimate numbers such as “White Christmas.”

The original song, “This Christmas,” similarly mines the harmony-rich Southern California sound that the brothers embraced as their own. A big success for the duo, the track cracked Billboard’s Adult Contemporary Top 20 and reached #4 on Billboard's Holiday 100 chart two years in a row. Since “This Christmas” is about love and Christmas miracles, it feels appropriate that the Nelsons donated proceeds from the song to St. Jude Children's Research Hospital to support the hospital’s efforts to defeat defeats childhood cancer and other life-threatening diseases. “This Christmas,” along with the other Nelson tracks on A Nelson Family Christmas, is drawn from two holiday albums, This Christmas and This Christmas Too, that Gunnar and Matthew released on their own Stone Canyon Records in 2015 and 2016, respectively, although the albums presently are not available digitally.

This recording of “This Christmas” also adds to the family nature of A Nelson Family Christmas because it features their childhood friends, Carnie and Wendy Wilson, the daughters of Beach Boy Brian Wilson. Matthew has described the way the four sing together as “absolute magic.” The Nelson family is further represented on this album by two Ricky Nelson Christmas tunes, “Jingle Bells” and “The Christmas Song,” which he performed on The Adventures of Ozzie And Harriet TV show, although the tracks were only released commercially after his death. There is a third version of “Jingle Bells” in this collection; this one was recorded by Ozzie and Harriet with the Ozzie Nelson orchestra back in the 1930s.

Gunnar and Matthew are quite proud of their family’s remarkable musical heritage. Besides touring as Nelson, the brothers also salute their father and his music with the show, Ricky Nelson Remembered. This December, as they have done the past few years, Gunnar and Matthew will also go out on tour with Christmas With The Nelsons. More than just a concert of the duo playing holiday tunes, this multi-media concert spotlights three different eras of Christmases in the Nelson family: the ‘50s with Ricky as a boy, the ‘70s when Gunnar and Matthew were kids, and the present day with the latest generation of Nelson children.

As Nelson, Matthew and Gunnar have had their long and successful career in music. They became international stars with their first album, After The Rain, which went double platinum, spawning four Top 30 singles, and remaining on the Billboard 200 Album Chart for over 60 weeks. The brothers have continued to make well-received records in the years since and play around 100 shows a year. In July 2022, UMe released the career-spanning compilation, Greatest Hits (And Near Misses) which showcases the duo’s impressive decades of music-making.

A Nelson Family Christmas finds the Nelson brothers creating the honest, organic music that comes naturally to them. “We knew exactly what we wanted,” Matthew revealed. “Two brothers with a vision and a sound that no one else has.” Gunnar elaborated further, stating “We’ve made a conscious decision to come from the heart. It’s amazing what happens when you stop fighting the universe and start doing what you were born to do.” 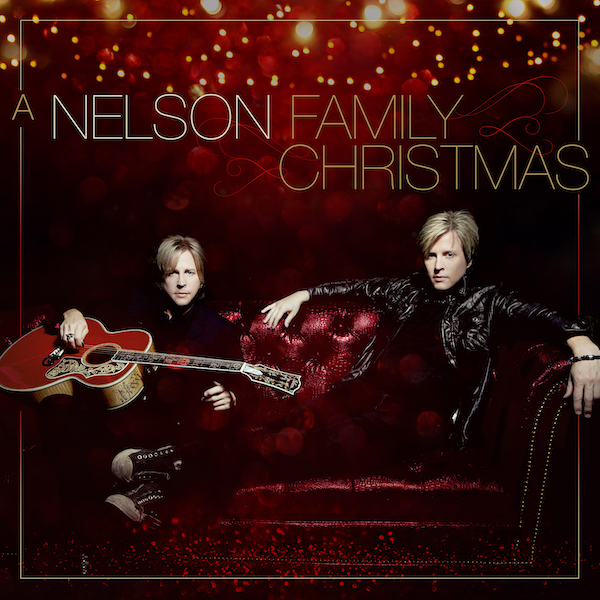