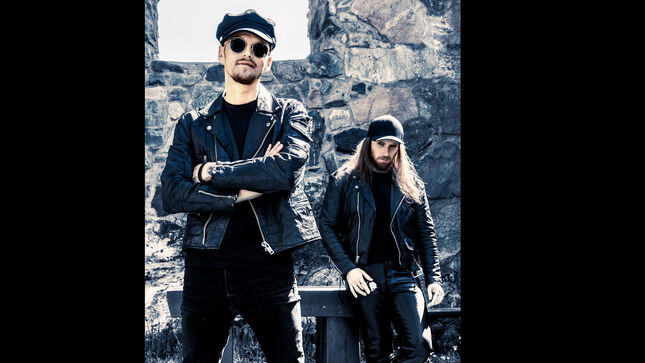 Their debut single, "We Unite" is out now, debut album coming in 2022. Listen to the song below, or via your preferred streaming service here.

The seeds of New Horizon were planted in Jona’s youth given that he grew up listening to (and still loves) Iron Maiden, Helloween, Hammerfall, Manowar, Edguy, and the like. Heavy metal is in his blood and New Horizon is something that is flowing through his veins and extremely close to his heart. He always dreamed of releasing his own power metal anthems one day. When asked about the sound of New Horizon, Jona Tee describes it as "a mix between classic power and heavy metal, with a touch of the 21st century.”

“It felt so natural to continue working together. We have toured together pretty much all over the world and released music together for a decade. Jona is truly like my brother, by blood, and New Horizon will be the catalyst for us to release great metal together and just have fun,” says Grönwall.