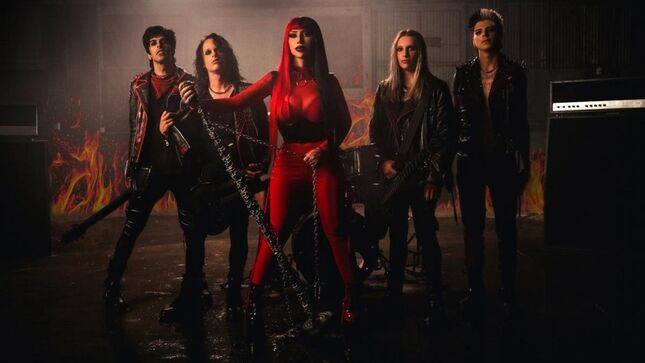 “‘Hurts Like Hell’ might seem like a song about a relationship on the surface; in a way, it is, I suppose,” states New Years Day singer Ash Costello. “As I struggled to navigate how to continue to pursue my passion during the pandemic, I realized that chaos is where I thrive. I will stare down any obstacle, even if I look like a crazy person to subject myself to it. Eleanor Roosevelt said, ‘We all know people who are so afraid of pain that they shut themselves up […] and shrink until life is a mere living death.’ Turning pain into progress and tragedy into triumph is a particularly satisfying victory. As the saying goes: ‘nothing worth having comes easy.’ That is what ‘Hurts Like Hell’ means to me. The song is an acceptance and celebration of my relationship with chaos.”

New Years Day have also just announced their fall headline tour today. The band will be on tour starting October 8 in Palmdale, CA and wrapping on October 23 for the headline run. General admission tickets go on-sale starting August 19 at 10 AM local time. Before the headline run, the band will hit the road for Halestorm’s fall 2022 headline tour, on top of festival appearances at Louder Than Life and Aftershock. Find more information at nydrock.com.

Formed in Orange County, California by Ash Costello and Nikki Misery, New Years Day shook the scene with their Another Century debut, Victim to Villain, in 2013 featuring their breakout single “Angel Eyes” (feat. Chris Motionless) The band later cemented their place in the heavy music landscape with their Epidemic EP and critically-acclaimed Malevolence full-length in 2015, clocking more than 20 million views on YouTube. The band has since become the most visually-captivating group in modern rock, playing for millions of fans around the world, sharing the stage with Ozzy Osbourne, Halestorm, Nine Inch Nails, Escape The Fate, Hellyeah and Five Finger Death Punch while also headlining the longest-running touring festival, Vans Warped Tour, in 2017. In 2018, they released their EP, Diary of a Creep, to pay tribute to the artists who shaped them thus far. The EP featured renditions of Garbage’s “Only Happy When It Rains” (feat. Lzzy Hale), New Order’s “Bizarre Love Triangle,” and more.

“Hurts Like Hell” follows New Years Day’s 2019 release, Unbreakable, which enlisted powerhouse producers Mitchell Marlow (All That Remains, In This Moment) and Scott Stevens (Halestorm, Shinedown & American Authors) to create an album that combines heavy rock with pop sensibilities. Upon release, Unbreakable trended #1 on the iTunes rock chart, celebrated over 18 weeks on Billboard’s Current Hard Music Albums Chart. The singles “Shut Up” and “Come For Me” became the band’s first charting Active Rock radio hits. The album surpassed 30 million global streams, establishing New Years Day as a force to be reckoned with. The band toured extensively to support Unbreakable with a combination of headline performances, festivals and tours all over the world with Halestorm, In This Moment, Godsmack and more. Additionally, the band has even performed eventual champion Rhea Ripley’s theme “This Is My Brutality” at WWE Wrestlemania 2021. New Years Day celebrates a 10+ year career with over 66 million global streams, 59 million YouTube views & a top 15 Billboard Mainstream Rock Charting hit. 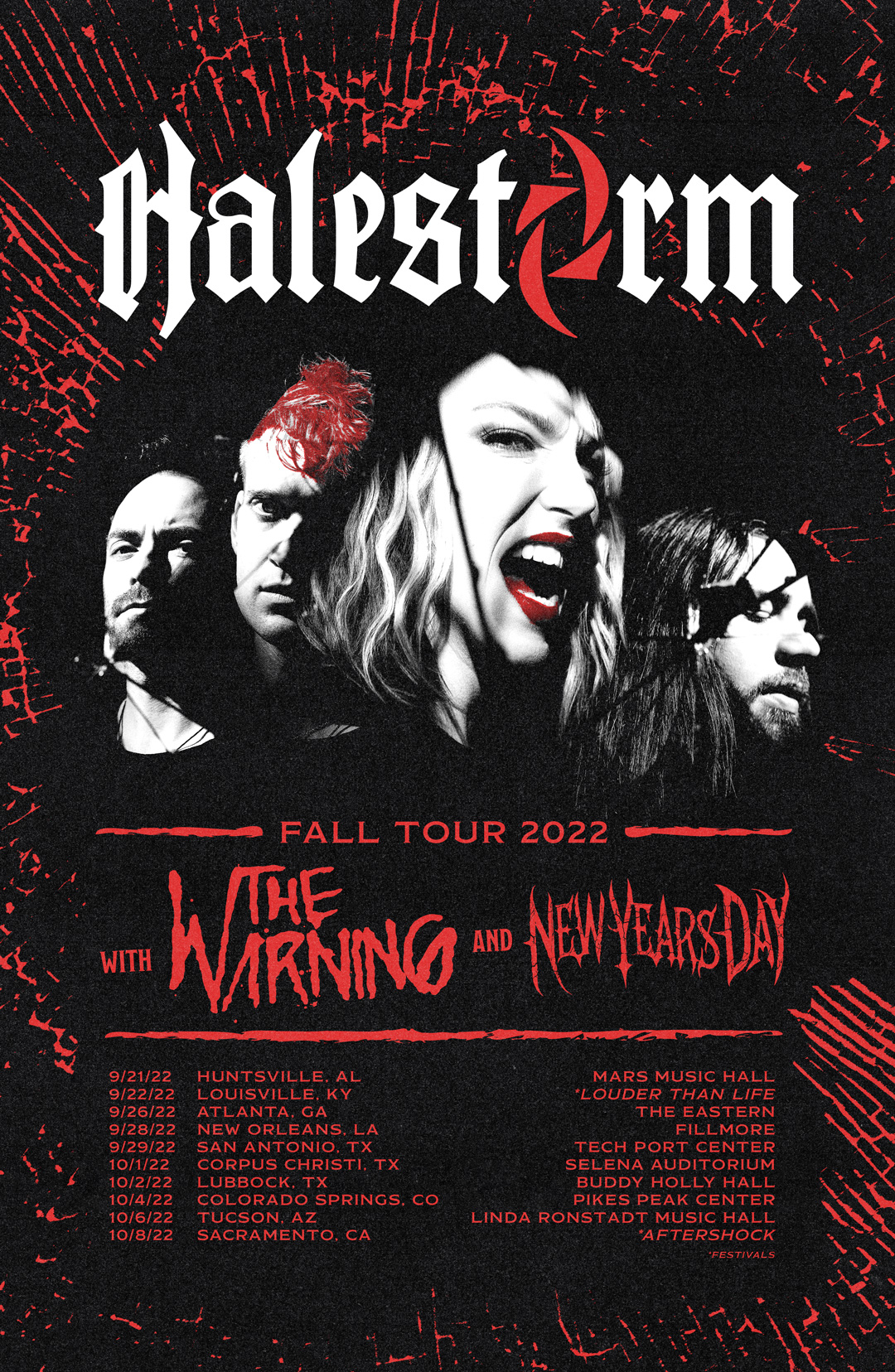