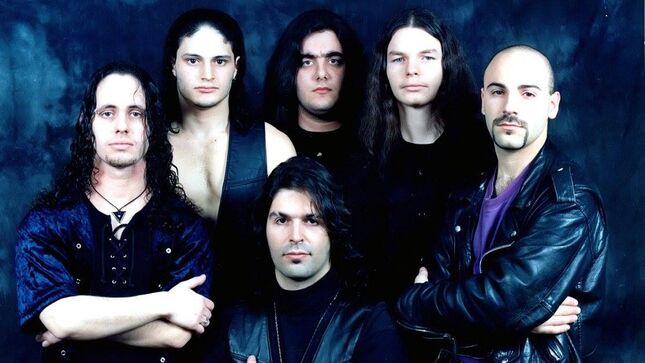 “This is the first time in over 20 years that this footage has been made public and we hope it brings back some good memories,” says vocalist Paul LaPlaca. “19-year-old David Z is featured at the end with an extended bass solo with a two-handed tapping version of Michael Jackson's ‘Billie Jean, complete with a moonwalk.”

BraveWords is premiering the video for “Circle Game”; watch below:

Formed in 1999, October Thorns quickly became a mainstay at Brooklyn’s “Rock Capital of the World,” L’Amour, and found themselves trekking from state to state to take part in every metal festival on the continent. Despite numerous lineup changes, the group held strong and began receiving praise internationally from the likes of Holland’s Aardshock and Germany‘s Heavy Oder Vas? with the release of their one and only six-song demo. By 2001, interpersonal problems, disagreements over musical direction, business decisions and presentation had taken their toll and October Thorns disbanded, playing just two reunion shows in New York City in the years that followed.

More than two decades since forming, October Thorns is set to finally release a long-awaited album, Circle Game, next year via Divebomb Records. Over the years, interest in releasing October Thorns’ only official output has remained consistent. Now, with the assistance of Icefish keyboardist and engineer Alex Argento, these early recordings have been elevated to modern production standards and are ready for release. In addition to “Circle Game,” the full album will include unreleased mixes of the songs “Leviathan” and “Sounds of Life,” as well as unheard demo tracks.

Following October Thorns, LaPlaca went on to play with Chris Caffery (Savatage/Trans-Siberian Orchestra), Ted Poley (Danger Danger), Carnivore AD and currently plays with Drift Into Black, while David Z went on to make a name for himself with Trans-Siberian Orchestra, Joan Jett, Jeff Scott Soto, and his own band, ZO2. On July 14, 2017, David Z was tragically killed in a vehicle crash while on tour with Adrenaline Mob. The news sent shockwaves through his extended community of friends and family, and the David Z Foundation was created in his memory to continue the work of music education through school programs and scholarships at the School of Rock and Brooklyn College.

While there are currently no plans to reform the band or tour, the release of Circle Game is an homage to David Z and also serves as a foundation for a new project, Critical Consciousness, whose debut album slated for spring of 2022. Songs from the October Thorns album will be part of the Critical Consciousness live set.

The “Circle Game” single is currently available via all major digital providers. Stayed tuned for additional details on the Circle Game album.