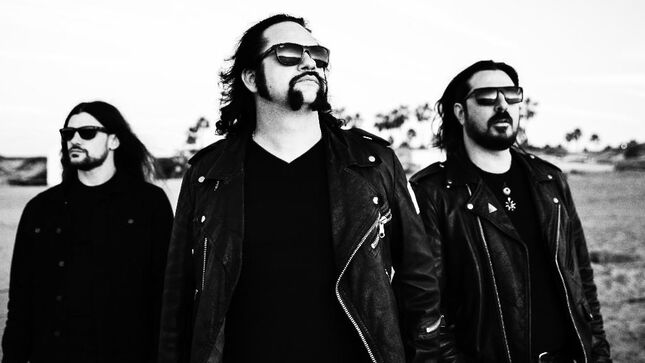 Earlier this year, Southern California metal masters, Night Demon, released a special compilation album - titled Year Of The Demon - featuring original songs, cover tunes, and previously unheard live recordings. At the same time, the trio has been hard at work, writing and recording their upcoming full-length (due to be unleashed in 2023 via Century Media Records).

To give fans a taste of something new, Night Demon has now partnered with Decibel Magazine for an exclusive vinyl flexi: "The Last Day". Available for Decibel subscribers (with limited magazine issues - containing the flexi - available for purchase at the Decibel webstore), "The Last Day" can also be streamed online, here. 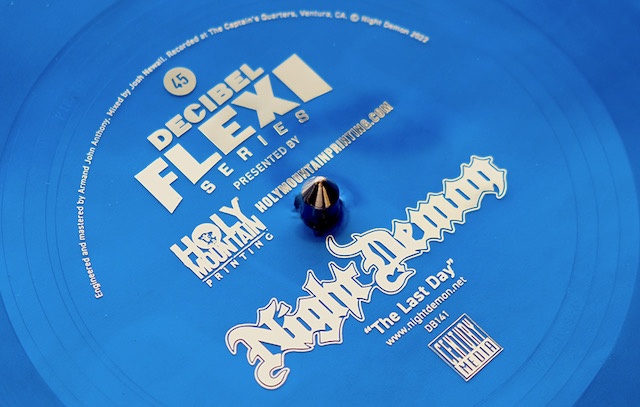 Jarvis Leatherby (vocals / bass) comments: "The concept of 'seizing the moment' can absolutely be considered trite, but we feel this is a fresh take on it. We're all passengers on this pale blue dot hurtling through space. Threats abound; climate change, a global pandemic, possible nuclear war...Here's a song to remind us to enjoy our lives and really appreciate the things and people we have, and realize this really could be 'The Last Day'."

For a decade, the name Night Demon has been synonymous with top-shelf traditional heavy metal. Indeed, the trio consisting of Jarvis Leatherby (vocals/bass), Armand John Anthony (guitar) and Dusty Squires (drums) have been long been lauded as purveyors of stellar songs, searing live shows, and a relentless work ethic. Fans can expect the group's upcoming 2023 album to meet the high standards that have already been set - and surpass it.