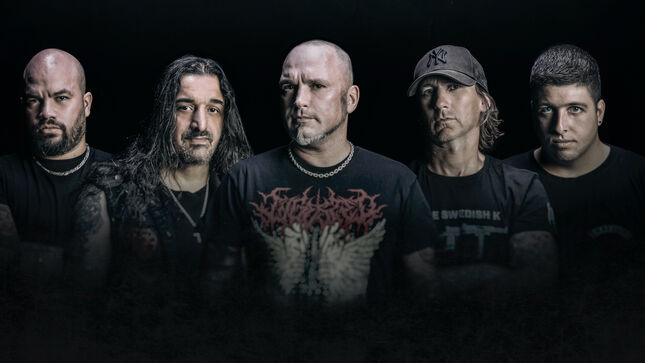 An album that is the band's vision of mankind living in its own hell - a hell it has created through the destruction of the planet. Inspired in part by Dante's Inferno, the album explores man’s continual destruction of the world we live in until the abyss opens up to consume all before it.

The abyss has risen from the depths, and hell has now turned outside in to be able to rise to earth to claim us. The album captures Nightrage in a spectacular form; incisive, brutal, uncompromising, and unforgettable. Musically the band have embraced a harder, faster, and brutal approach, still rich in melodic intent but characteristically heavy and aggressive. Mixed and mastered by Fredrik Nordstrom at Studio Fredman (Architects, In Flames, Opeth, etc.), Abyss Rising is a formidable sonic masterpiece.

The album will be released on February 18 via Despotz Records. Pre-order here.