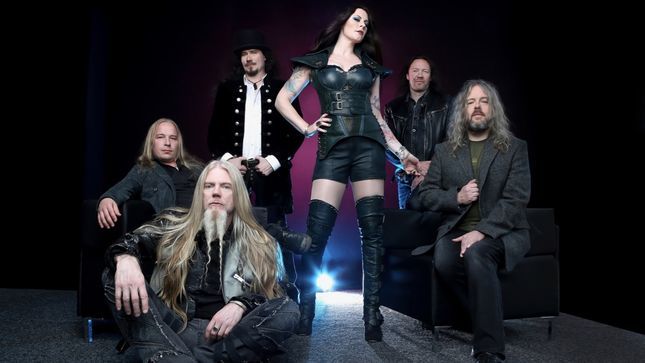 Nightwish keyboardist / founder Tuomas Holopainen is featured in a Q&A session below, which took place at the Kitee International Music And Art Festival in Kitee, Finland earlier this month. He discusses the making of the band's next album, which he stated previously won't be released until 2020.

Nightwish released their brand new best-of compilation Decades on March 9th via Nuclear Blast to celebrate more than two decades of their career. It's only right, then, that this milestone should be celebrated with an extensive world tour. Currently touring North America, the band has announced that their special guests for the upcoming European shows this November and December will be up and coming heavy metallers Beast In Black, led by former Battle Beast guitarist Anton Kabanen.

"There's absolutely no better way to wrap up the year than this massive tour with Nightwish," says Anton. "Moreover, this is beyond words and our wildest dreams. We promise to give you our very best and to make these shows unforgettable!" 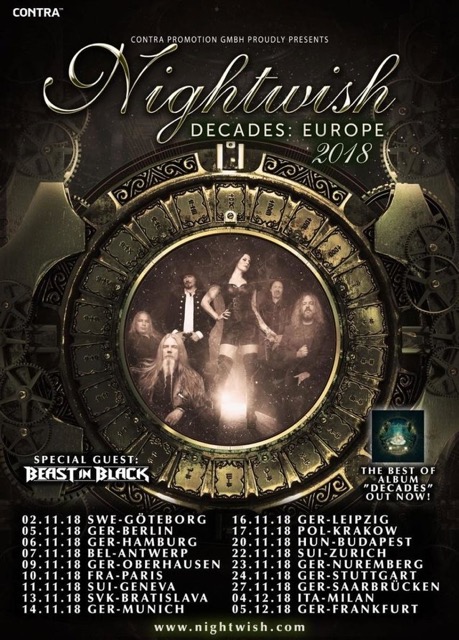 More tour dates are listed below. 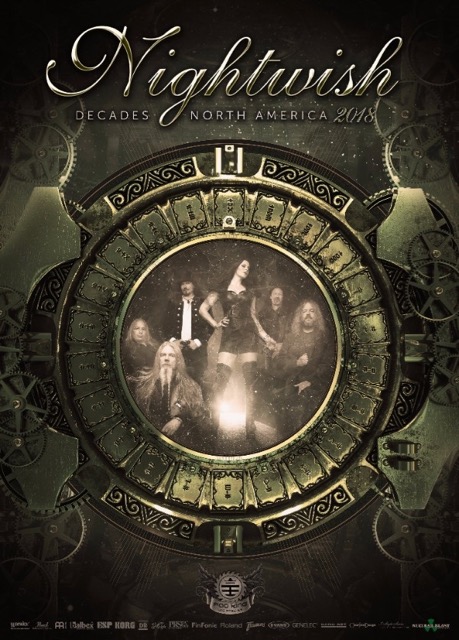