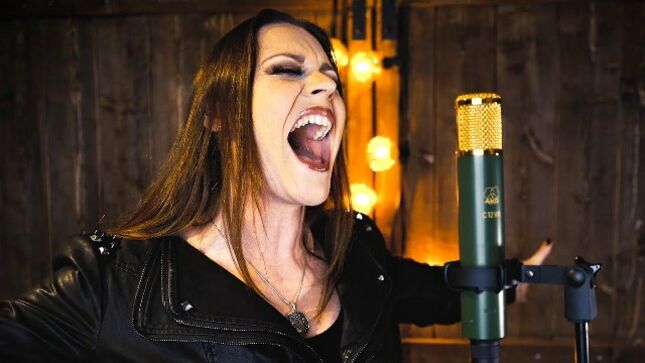 On January 14th, Nightwish vocalist Floor Jansen held a livestream, chat via her official YouTube channel. During the chat she revealed she will release a new solo single in March, which will eventually be followed by her long planned solo album.

Floor: "There's a lot of songs ready, and now there's actually one song ready to be released. The first song will come on the 25th of March. It's a pop song, so it's not metal, it's not rock, but it's definitely me. It can't even be so that the first song (for a new album) is how everything else will sound; it can never really represent everything."

In August 2021, Floor guested on Breaking Absolutes and discussed Nightwish, her former bands ReVamp and After Forever, other collaborations, plans for a solo album, her vocal approach and more. Check out the interview below.

Floor: "I've been working on a solo album since the beginning of the pandemic, or let's say a little bit before that when the solo career in the Netherlands, and it really kickstarted my own creativity that I haven't really been able to use over the years. It's nice that it gets out, and I would like to actually finish that album and make those steps, and find a way to combine a solo career with Nightwish and my life at home, which I value even more after spending so much time here in this green heaven where I live (Sweden). Long-term, my biggest desire is to keep doing this in a good balance between everything."