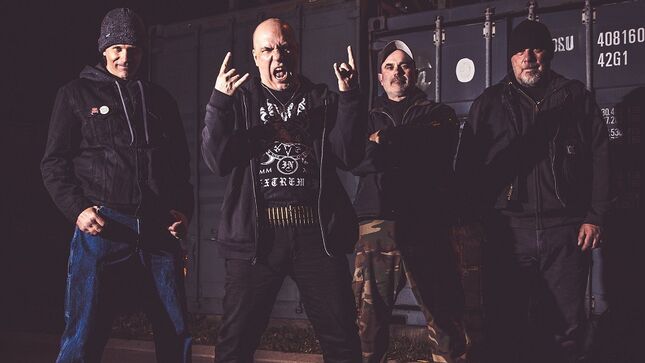 Formed in 2018 by Nick Sagias on bass and vocals (Tribe of Pazuzu, Soulstorm, Overthrow, ex-Pestilence) and his brother John Sagias on drums (Soulstorm, Abyss) along with guitarists Ethan Bolduc (Jaww, Abyss), and Rick Kowalski (Soulstorm, Bound By Defiance), Toronto's Nihilist Death Cult will be unleashing their debut album entitled Death To All Tyrants on December 2nd.

The album features nine quick strikes to the jugular of hardcore death punk recorded and mixed by Scott Middleton (ex-Cancer Bats). It's short and sweet with a running time of just under 15 minutes, but it delivers a full dose of whiplash and speedy licks.

Check out the official video for new single, "You Get What You Deserve"

Earlier this summer, the band unveiled the album's title track, a song about the underdog stepping up to the tyrant and winning.

"Scott was excellent to work with and helped us a lot with hearing things we didn’t hear before, that’s what a good producer does and it was a great experience working with him. After we heard the final mixes, there was the daunting task of picking the first track we would use for the lyric video and be the first thing anyone heard of us as a ‘new’ band. We eventually settled on 'Death To All Tyrants' because it felt like it set the tone for both the sound and lyrical message we were trying to get across with NDC. We are not trying to be political or force our opinions, but we still feel we are responsible for some substance in our lyrics and I feel the messages in the lyrics are universal ideas that affect all of us in many types of situations and cultures," adds Nick Sagias.

Nihilist Death Cult was born after the ending of Toronto underground legends Soulstorm, of which Nick Sagias was a founding member.

"I felt it in my heart that I needed to get back to the roots, the fast styles I grew up on, punk, thrash, death metal after I ended Soulstorm in 2016, so I started writing in the style of death metal for what I was going to eventually call my other band Tribe of Pazuzu. During the writing phase in 2017/2018, I came up with the name Nihilist Death Cult first for this other new death metal project, after letting that sit for a month or two I realized it was a more punk-sounding name and I already had a handful of riffs in the hardcore punk style that I ended up arranging and being the first 5 songs for NDC. I sent them to my brother John and he liked it right away and was down to make it happen, which was awesome because I always loved his dbeat style and feel of drumming."

Relentless savage hardcore death punk grind, Nihilist Death Cult should appeal to most fans of band members' previous and current endeavours, whether it be Jaww, Abyss, Overthrow, Soulstorm, Tribe of Pazuzu (ft. Flo Mounier (drums -Cryptopsy), John McEntee - guitar, Incantation - first two EPs). Death To All Tyrants is meant to bring back the anger, the fire, and the brooding fast music meant to be in punk and metal.

"This album is about how the corporate sponsored news media feeds you the stories and ideas they are paid to push… it’s about the victims standing up to the tyrants… it’s about choosing your own path and not blindly following norms if they don’t suit you." says Nick Sagias.

Live, fans can expect seasoned veterans to go up on stage and put on a show to match the energy of their extreme music that's ferocious and devastating.

Recommended for fans of Poison Idea, early DRI, early Bad Brains, Nails, Terrorizer and CroMags, Nihilist Death Cult's album Death To All Tyrants is due out on December 2, 2022. 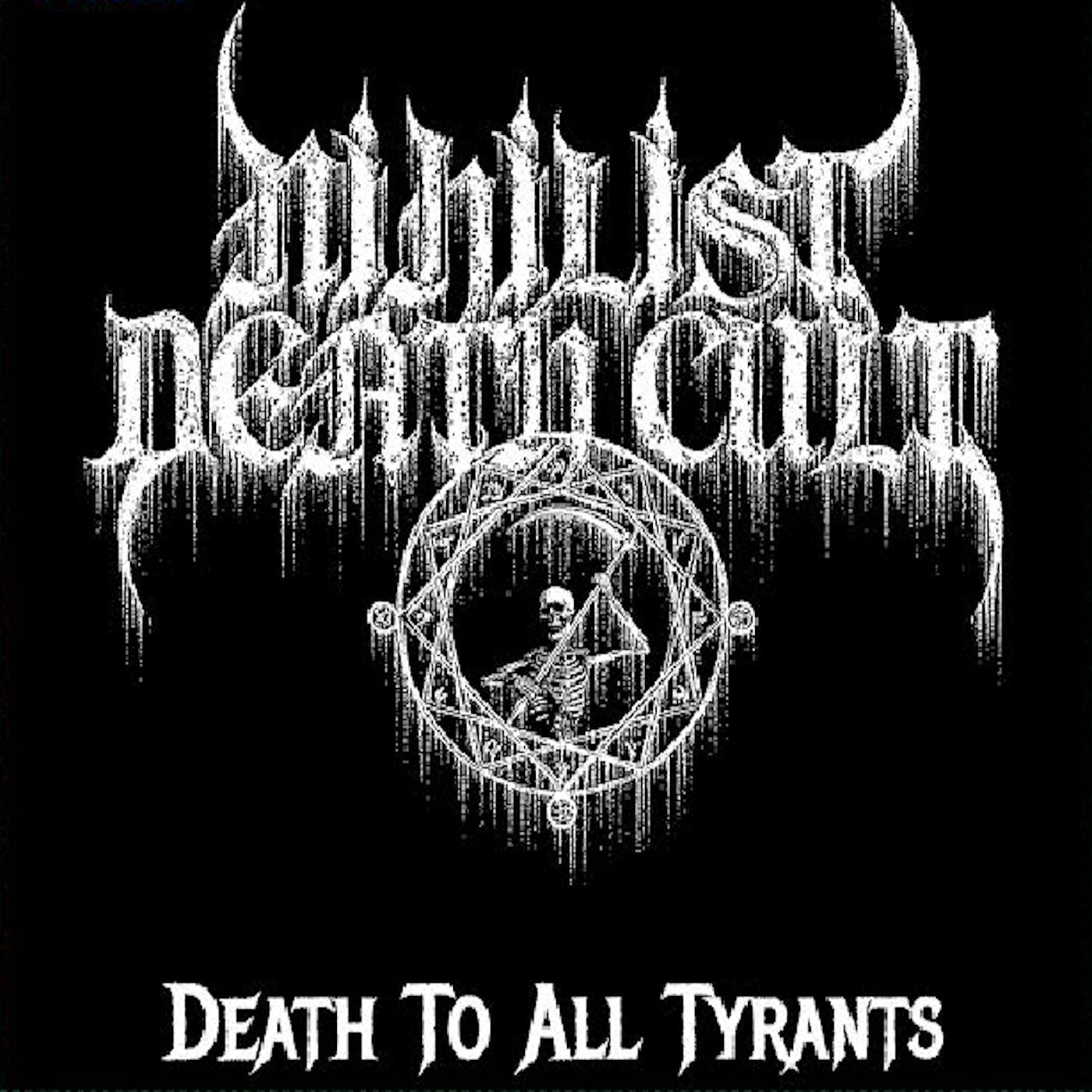 “Follow The Money”
“Hunting For Prey”
“Obey & Consume”
“Wake Up!”
“Death To All Tyrants”
“Ready For War”
“Imperium”
“Is This Progress?”
“You Get What You Deserve”

“Death To All Tyrants”: