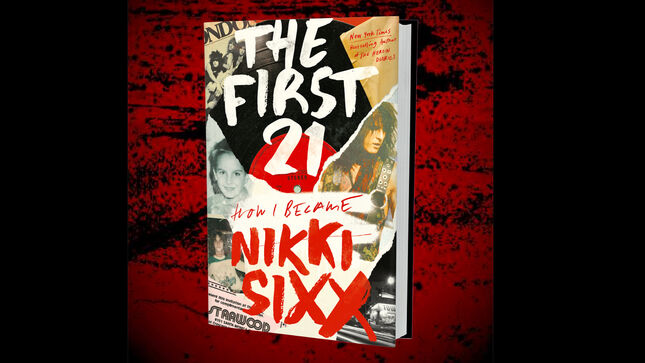 Ahead of the release of The First 21, Sixx talked to Forbes about his wild, four-decade career, his lifelong love affair with rock and roll and the importance of sticking to your guns. An excerpt follows:

Forbes: Do you think you succeeded because of your upbringing or in spite of it?

Sixx: "I came to use the information that I received in the small towns that I was in, and the imagination that I had. I had to get out. I had to explore, and that venom that started to brew when I was 12, 13 years old was because of past information. It was like rocket fuel. So I think it was important. I've written about it a lot, and it's been very painful. And it was even painful during the writing of the book to talk about my mom and my sister a lot. But then there's all the joy of getting on the other side of it, and I really wanted people to feel that on the other side of it.

"This is not a dark book. Some review said somewhere, "It's surprisingly innocent." I'm not sure if I was insulted or not. But those were innocent times. And parents fail kids. I was told that a long time ago by another parent, [they] said, "You know, we're all gonna fail our kids one way or another, just like our parents failed us." So being on this side of it, I'm a parent, and I'm sure that I've done things that, my kids, it doesn’t fit with what they want to be or who they want to be. But I was doing my very best with the tools that I got from the people that were doing, supposedly, their very best with the tools that they got. And you just keep passing them along. And I was really hoping to break the chain, to be honest with you, when I had kids. And I think everything that happened in my life led to where I'm at right now, led to Motley Crue's success, my part in Motley Crue. I mean, I have three extremely unique and talented musicians, and it really took all four of us and all four of our personalities. You know, me and Tommy Lee can be the two most opposite human beings in the world. But because of that, at times, that's what makes us so close. It's a yin and yang, you know. I've heard that about other bands. We are who we are because of what happened to us."

In Los Angeles, Frank lived with his aunt and his uncle—the president of Capitol Records—for a short time. But there was no easy path to the top. He was soon on his own. There were dead-end jobs: dipping circuit boards, clerking at liquor and record stores, selling used light bulbs, and hustling to survive. But at night, Frank honed his craft, joining Sister, a band formed by fellow hard-rock veteran Blackie Lawless, and formed a group of his own: London, the precursor of Mötley Crüe. Turning down an offer to join Randy Rhoads’ band, Frank changed his name to Nikki London, Nikki Nine, and, finally, Nikki Sixx. Like Huck Finn with a stolen guitar, he had a vision: a group that combined punk, glam, and hard rock into the biggest, most theatrical and irresistible package the world had ever seen. With hard work, passion, and some luck, the vision manifested in reality—and this is a profound true story finding identity, of how Frank Feranna became Nikki Sixx. It's also a road map to the ways you can overcome anything, and achieve all of your goals, if only you put your mind to it.<