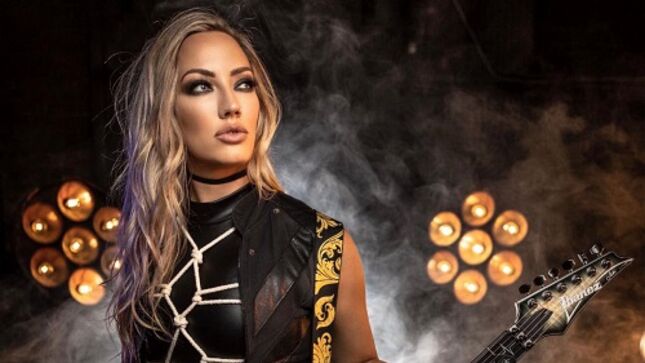 "I’d say we heard you missed us, but... We didn’t even give you guys time to miss us! The rumors are true: the band is coming back for one final round of Winter Wasteland next month. These will most likely be our last headlining shows for a while, so come catch this tour one last time while you can!"

VIP Meet & Greet for all shows can accessed at this location.

Fan-filmed footage of Nita Strauss performing Queen's "The Show Must Go On", as well as her first ever solo single "Pandemonium" live at The Midtown Arts Center in Harrisburg, PA on January 15th, 2022 can be enjoyed below.