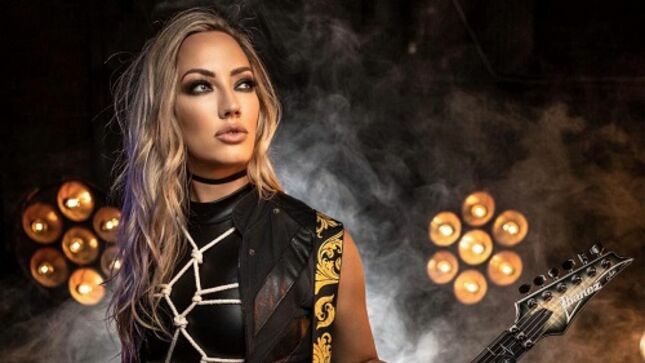 According to Speedway Digest, Nita Strauss will perform the "Star Spangled Banner" before the WISE Power 400 on Sunday, February 27th.

Strauss will not only perform the national anthem before the NASCAR Cup Series race, she will also shred during the driver introductions.

Go to this location for tickets.

Located 50 miles east of Los Angeles in Fontana, Auto Club Speedway is California’s premier motorsports facility, hosting over 320 days of track activity each year including the Monster Energy NASCAR Cup Series Auto Club 400 weekend in March. The two-mile D-shaped oval is one of the fastest tracks on the circuit. The Speedway is also home to numerous movies, television and commercial productions, photo shoots, new car testing, club racing and a variety of racing schools. 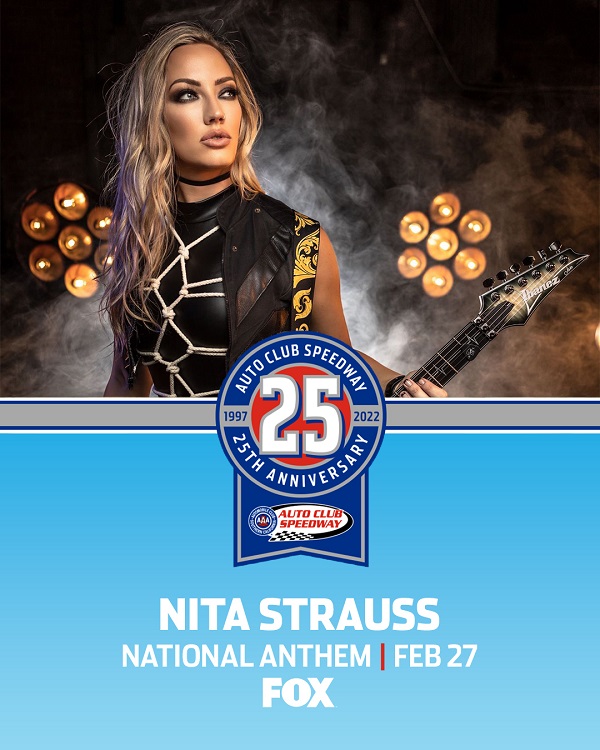 Strauss is once again extending her Winter Wasteland tour. An official statement reads:

"I’d say we heard you missed us, but... We didn’t even give you guys time to miss us! The rumors are true: the band is coming back for one final round of Winter Wasteland next month. These will most likely be our last headlining shows for a while, so come catch this tour one last time while you can!"

VIP Meet & Greet for all shows can accessed at this location.

Fan-filmed footage of Nita Strauss performing Queen's "The Show Must Go On", as well as her first ever solo single "Pandemonium" live at The Midtown Arts Center in Harrisburg, PA on January 15th, 2022 can be enjoyed below.