NOTHING MORE – Spirits Album Out In October; Title Track Streaming 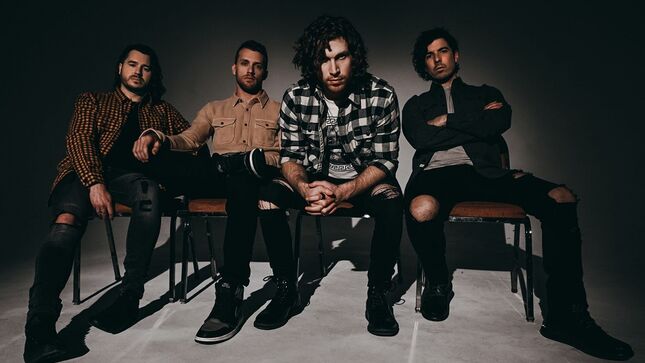 Multi-Grammy-nominated, San Antonio-based rock outfit Nothing More have today revealed details on their new studio album. Out worldwide on October 14 via Better Noise Music, Spirits’ 13 tracks consist of the band’s most focused, adventurous, and intense music, uniting introspective philosophical lyrics with unapologetically massive anthems. Preorder here. Coinciding with the news, Nothing More have shared the album’s title track “Spirits,” which was released today (June 24), across all digital platforms along with its lyric video.

“Isn’t it interesting that we give the same name to something holy and something wholly intoxicating?” asks Nothing More frontman Jonny Hawkins. “The song ‘Spirits’ describes that very conundrum. When you drink liquor, it has been said that you are welcoming that pneuma (spirit) into your body. Most of us have seen and experienced how alcohol (or rather ‘al-ghawl,’ which means demon/spirit) can make us feel. It’s almost as if we turn into someone else when too much of the spirit has been consumed. Sometimes it’s eye opening and can lead to wondrous life-changing conversations or bonds that would never normally happen…and sometimes it can lead to the exact opposite. It may turn us into Dr. Hyde’s Jekyll and cause us to do or say horrific things we would never normally do sober. Spirits are both a little bit heavenly and a little bit sick.”

Earlier this week Nothing More announced a fall tour with heavy rockers In This Moment. It will stretch from August 26 to October 22 and include stops at several of the largest rock festivals including Blue Ridge Rock Festival, Louder Than Life, Rocklahoma and Aftershock. “The fire, passion and momentum we feel from our first tour back is insane!” exclaims Hawkins. “It only makes sense to bring that same fire to the fall with a one-of-a-kind tour with In This Moment.”

Nothing More were recently seen on tour across the U.S. on a co-headlining run with Asking Alexandria, who had to drop-off mid-tour due to health problems. The band relentlessly continued to lead the remaining dates with their exciting live show which saw the return of their infamous “Scorpion Tail”—a 400-pound, 14-foot MIDI controller constructed out of salvaged metal scraps by bassist Daniel Oliver that brings Hawkins’ electrifying stage presence to life musically.

Nothing More gave fans the first preview of Spirits with two singles--their in-your-face rock anthem “Turn It Up Like (Stand In The Fire)" and their most recent Top 20 Billboard Active Rock radio single “Tired Of Winning” which is currently at #11. Spirits was co-written and produced by the band—Hawkins (vocals), Oliver (bass), Mark Vollelunga (guitar) and Ben Anderson (drums)—and their longtime manager Will Hoffman. It documents the tumultuous time the world experienced over the past two years capturing the desperation and isolation of lockdown, the spiral of substance abuse, the pain of broken relationships and survival in self-reliance while summarizing the overall story and mission of Nothing More: Reflect, Provoke, Inspire. 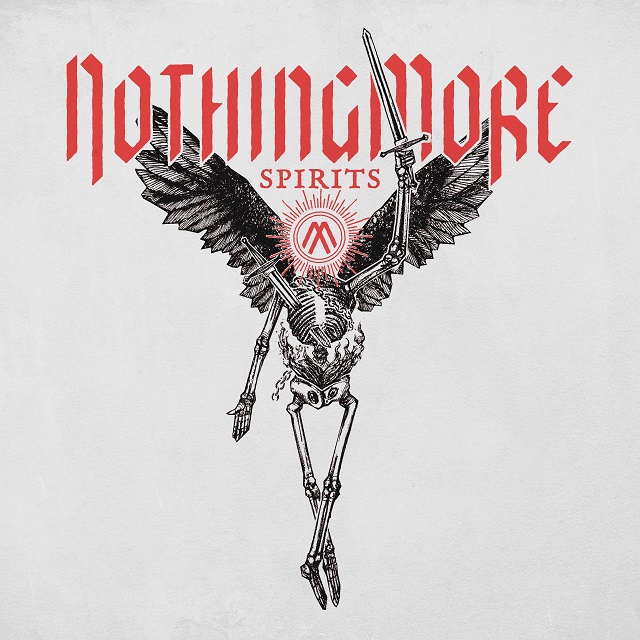 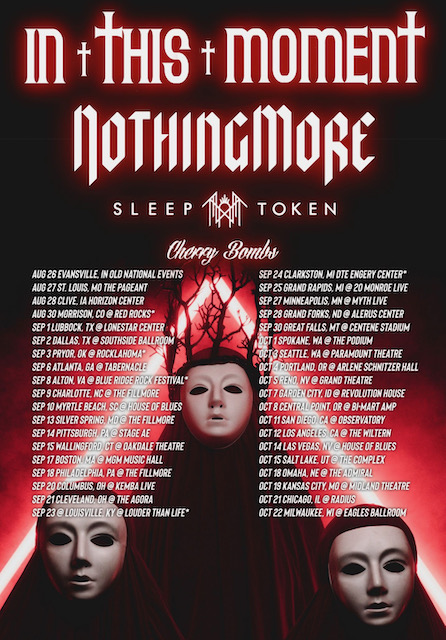