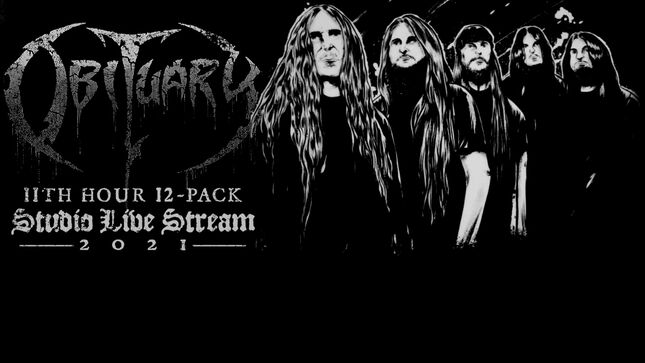 Florida death metal legends, Obituary, have revealed more details for the 11th Hour 12-Pack Studio Live Stream, happening Saturday, September 25 at 5 PM, EST. Tickets & merch bundles are available at ObituaryLive.com. The broadcast will be available for viewing up to two weeks after the initial stream and on demand for an additional two weeks after. Buy it now and watch it later.

Obituary comments: “Down to the wire... as the band is in the studio, putting the final touches on the new album, we are also gearing up and preparing for the U.S. Tour with BlackLabelSociety which is just a few weeks away. With that said, we know that fans around the world are also waiting and wondering when they will be able to see us perform live so this is what we are going to do: We are setting the cameras back up in the studio and will stream one of our final rehearsals for everyone to be a part of! We are picking 12 songs for the tour setlist and are turning to our fans for help!

"We want to hear from you guys which songs we should play so let’s hear it!  You tell us which songs you want to hear and we will monitor all our socials and the Obituary website for all of your song suggestions and YOU GUYS will help us pick the setlist for the tour AND we will play them in front of the cameras for you guys! We'll taking suggestions all week and unveiling the setlist next Monday, September 20th!

"We are also going to bring you inside the studio to witness the boys writing, discussing and working on new material plus give you a little taste of the New Album and play you guys a NEW SONG, if that sounds cool with you!”

"We are officially calling this the “11th hour 12-pack” Studio-Live-Stream! You guys Ready? Let’s do this!!!”

Catch Black Label Society on tour this fall with special guests Obituary and Prong, confirmed shows are as listed below. 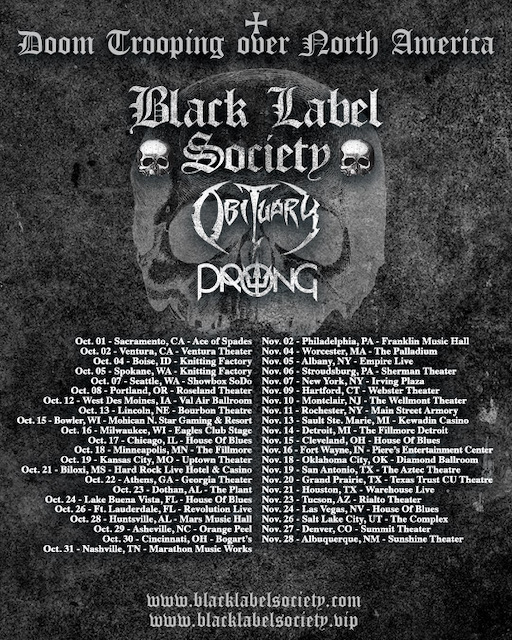