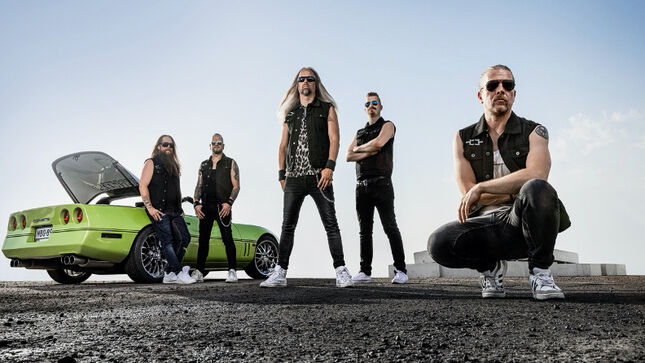 With "Fortitude", Finnish melodic death metal force, Omnium Gatherum, present their new single taken off their upcoming album Origin, which will be released worldwide on November 5 via Century Media Records. From today on, this track will be available on all digital platforms alongside the previously released singles, "Paragon" and "Reckoning".

The video for "Fortitude" was directed, filmed and edited by Jari Heino. Aerial footage by Jani Vihavainen

About the place, where the band got together to shoot the video, they state: ”’Fortitude’ was filmed at Munapirtti, an island in the Southeast Finland, near Kotka. This cabin is the sacred sanctuary, our secret lair in the woods, where we have rehearsed many many bandcamps before entering the studios to record new albums since ‘New World Shadows’. Isolated from the world.”

Origin will be available as Ltd. CD Digipak, Gatefold LP and as digital album. All physical formats can be pre-ordered here.