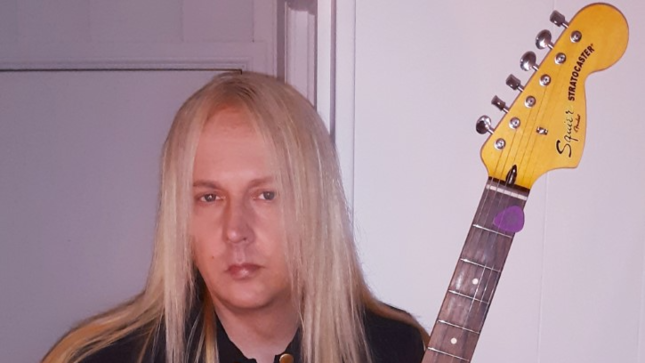 Onward guitarist Toby Knapp has checked in with the following update:

"I was recording my solo album, Transmission To Purgatory, and became very bored with the material. I boxed the album up and starting writing different music. The aforementioned material turned into a Waxen album titled Die Macht Von Hassen. I became very interested in this new music and I think the listeners will enjoy it.

After my last Waxen album, Blasphemer In Celestial Courts (2019), I didn't want to be connected to black metal because I dislike how it's almost become popular culture. It's a fashion and a lot of the new bands don't even understand what the music stood for. It's not for everyone and it was created that way."

This will be Waxen's sixth album and Knapp's tenth release through Moribund Records, tentatively scheduled for a spring 2023 release.

The postponed solo album will still be finished and released.