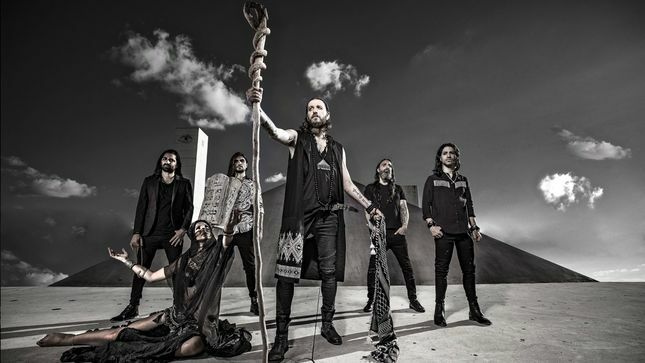 Orphaned Land celebrate their 30th anniversary. Three decades of creating music, performing live shows around the globe and spreading the message of peace.

For this very special occasion the band releases a Ltd. CD box set including eight CDs featuring six full-length albums and a bonus song collection from the past 30 years on two extra CDs. The box also contains an extended 112-page booklet with special liner notes for each album from Kobi Farhi.

Being proud of their career and happy about this special anniversary frontman Kobi Farhi states: “Wow... it's unbelievable 30 years have gone already! Looking back, we feel so proud we succeeded to extend the metal scene from the well-known American, South American, European & Scandinavian scenes, we made it wider when we started the 'Oriental Metal’ genre and introduced metal from the Middle East to the world, since 1991. Cheers for the next 30 years!“

World famous stars commented on the musical work of the band. These are only a few statements from the past:

Kirk Hammett (Metallica) - "Orphaned Land are singing about the troubles in the Middle East and I really like what they are doing!"

Steven Wilson (Porcupine Tree) - "One of the best metal bands not just in Israel, but in the whole world"

Hansi Kürsch (Blind Guardian) - "What keeps me so thrilled about it is this perfect blend of different musical cultures and the constant wave of emotions these guys have woven together in a stroke of genius. All of their work is a strong statement for humanity"

Available in December, 30 Years Of Oriental Metal will be available as Ltd. 8CD Box Set including a hand-numbered certificate of authenticity and can be pre-ordered here.