PANTERA Removed From Two Of Europe's Biggest Festivals - "We Have Continued To Deal With The Criticism," Says Rock Am Ring / Rock Im Park Organizers 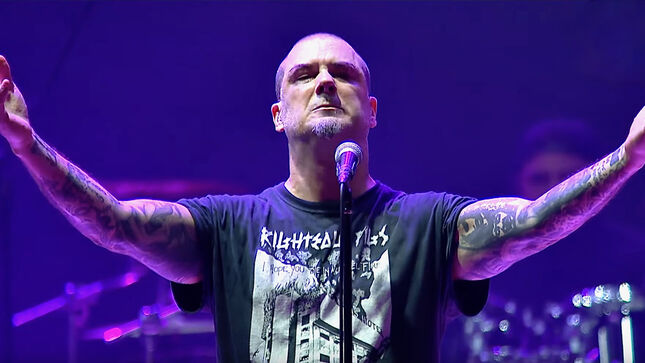 Pantera have been removed from the lineup for two of Europe's biggest festivals, Germany's Rock Am Ring and Rock Im Park.

A translated version of a statement released via both festivals' Facebook pages states: "Pantera will not be performing at Rock am Ring and Rock in the Park 2023, as announced. In the last few weeks, we have had many intensive conversations with artists, our partners and you, the festival fans, we have continued to deal with the criticism together and decided to remove the band from the program."


Pantera, one of the most successful and influential bands in heavy metal history, have announced they will be touring North America this summer with Lamb Of God as special guests.

One of the most anticipated tours of 2023, this celebration tour includes original members Philip Anselmo and Rex Brown, joined by Zakk Wylde (guitar) and Charlie Benante (drums). In December 2022, they kicked off the highly anticipated return in Mexico City to incredible reviews.

Produced by Live Nation, the 20-city tour kicks off on Tuesday, July 28 in Burgettstown, PA at The Pavilion at Star Lake making stops in Milwaukee, Toronto, Austin, Denver, and more before wrapping up in Bristow, VA on September 15 at Jiffy Lube Live.

Fans can also see Pantera at their recently announced support dates during Metallica’s North America Stadium tour dates in 2023 & 2024 and headlining major rock festivals in 2023 including Rockfest, Inkcarceration, and more. 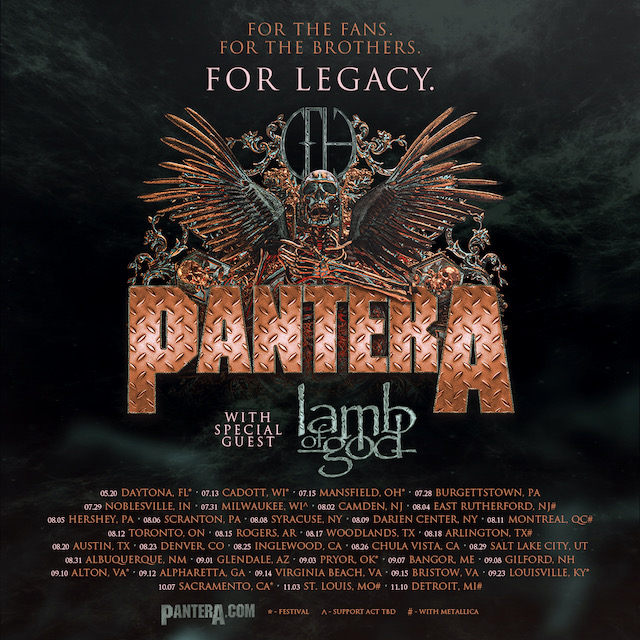 Pantera got its start in Arlington, TX with its best-known lineup, consisting of founding members drummer Vinnie Paul and guitarist Dimebag Darrell, along with bassist Rex Brown and vocalist Philip Anselmo. Pantera is credited with the development and popularization of the groove metal subgenre. To date, the group has sold 20 million records worldwide and has received four Grammy nominations.