PANZERFAUST Stream New Song "The Snare Of The Fowler" 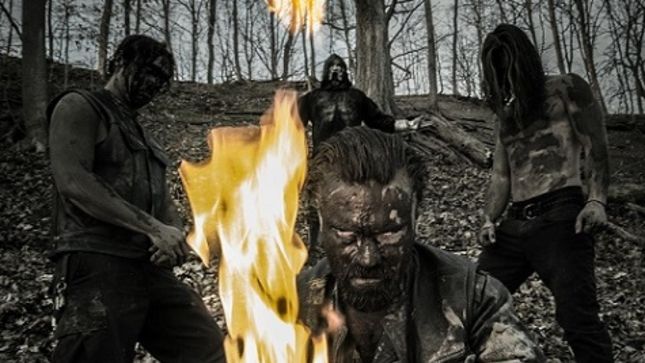 Canadian black metal mavericks Panzerfaust reveal the track "The Snare Of The Fowler". The track is the second to be unleashed from the band's The Suns Of Perdition II: Render Unto Eden - the second installment of a four-part album series - set for North American release on August 28th via Eisenwald.

For the better part of 15 years, Canada's Panzerfaust have been steadily crafting some of the finest, most thought-provoking black metal. With their The Winds Will Lead Us... debut album in 2006 onward, their obsidian flower forever kept blossoming, culminating in 2013's pivotal Jevohah-Jireh: The Divine Anti-logos, which signaled a significant (and fortuitous) shift in the band's aesthetic. In 2016, Panzerfaust released The Lucifer Principle EP, pushing their adventurous spirit yet further, perhaps most forecasted by the closing Johnny Cash cover.

However, it was 2019's The Suns Of Perdition - Chapter I: War, Horrid War where Panzerfaust truly had their watershed moment. This staggering work brimmed with daring and dynamics - a kaleidoscopic fury, if you will - that vivaciously and viciously displayed a band hitting their creative peak. The album was the first chapter of the band's tetralogy examining the malign episodes of this past century, shining a light on difficult subject matter using a begrimed philosophical lens. The resulting synthesis is what George Orwell once described as [a vision of the future] "a boot stamping on a human face forever."

Alas, Panzerfaust waste no time in delivering the next chapter of that tetralogy - and equally keep a fever pitch to that creative peak - with The Suns Of Perdition II: Render Unto Eden. Recorded at BWC Studios with Greg Dawson and with mastering by Sergei Lazar at CDM Records, Render Unto Eden is an altogether more somber record: here do Panzerfaust more fully work with light and shade, their darkness displaying far more hues than previously deemed imaginable. Whereas the five-song first chapter was taut 'n' terrorizing, The Suns Of Perdition II likewise features five songs but in a more expansive 44-minute runtime. As such, massive vistas of molten melancholy unfold, the inexorable push-and-pull patient but persistent; layers upon layers of understanding are packed into each of these scintillating minutes. The violence is more carefully doled out, in kind, and the sum effect is nothing short of hypnotic, particularly the track "Promethean Fire", which features guest vocals from Maria Arkhipova of Russia's Arkona. The Suns Of Perdition II: Render Unto Eden echoes within the mind and spirit long after the record's over...

A new dawn looms, retaining the brilliance of yesteryear's horizon. Ominous and omnipotent, here rises Panzerfaust's The Suns Of Perdition II: Render Unto Eden. Cover art and tracklisting are as follows:

Pre-order your copy of Panzerfaust's The Suns Of Perdition II: Render Unto Eden now at this location.