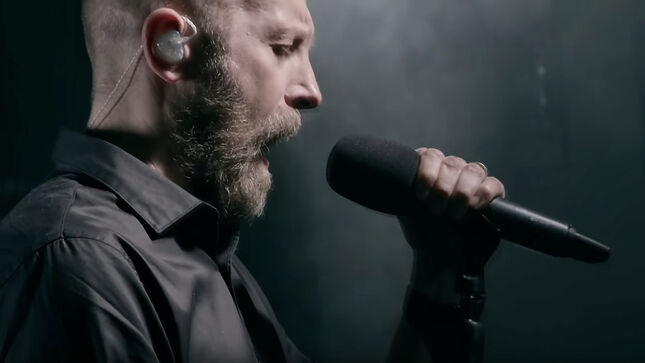 Creating a more melancholy and sonically detailed form of doom metal, Paradise Lost offered distinctive lead guitar melodies and atmospheric arrangements that - along with fellow travellers Anathema and My Dying Bride - placed them at the forefront of the 1990s extreme Metal scene.

Peaceville has reissued the landmark album on limited gold vinyl; order at BurningShed.com.

Peaceville Records will release the new Paradise Lost collection, The Lost And The Painless, on November 26. Pre-order here, and watch a video trailer below.

A limited edition expansive collection of studio, demo & live material from the early years of the band. This 6CD & 1DVD set includes newly remastered albums, plus 92 page book coinciding with the 30th anniversary of Gothic.

Alongside The Lost And The Painless, Peaceville will release a limited gold coloured vinyl LP and cassette of the original recording of Gothic to celebrate the 30th anniversary.

"Looking at the artwork for The Lost And The Painless'and remembering those early albums and live shows, It's amazing to think that Gothic was released 30 years ago. It serves as a very important chapter in the life of the band and conjures a lot of nostalgia from the early 90's. We lived off crisps, slept in squats, on people’s floors and under vehicles. Cigarettes were £1.50 a packet, Stella Artois beer was still 5.2% proof, and travelling in a Ford Transit van with all the equipment and 10 people sitting on an old mattress was considered normal. Distant memories aside, it was also a great time for Death Metal music in general, and The Lost And The Painless serves as a timely reminder." - Nick Holmes