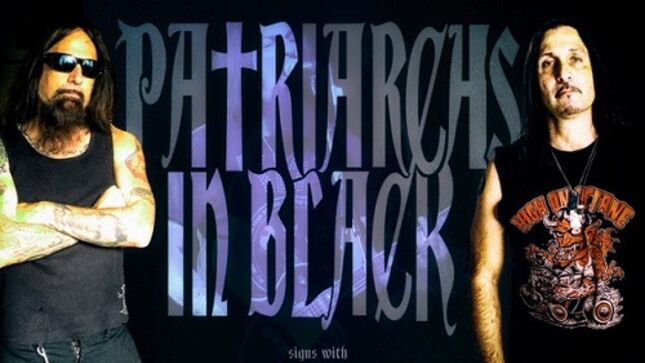 When New Jersey metal icon Dan Lorenzo (Hades, Non Fiction) and Type O Negative and Danzig drummer Johnny Kelly join forces to launch a joint project, you can already guess that something great is about to happen.

In addition, when you can get different singers like Karl Agell (ex-Corrosion Of Conformity), Dewey Bragg (Kill Devil Hill), Rob Dukes (ex-Exodus), Mark Morales (Sons Of Texas) and John Kosco (Dropbox) to lend their voices to this project for at least one song each, you inevitably ask yourself: "Shut up, where do I sign?" In this case, the answer is: at MDD Records!

Patriarchs In Black have done just that and will release their upcoming album next year via MDD. The band's first single will be released in January and a short teaser, which at least gives an idea of the stylistic direction of the journey, can be enjoyed below. Be prepared, more info soon.