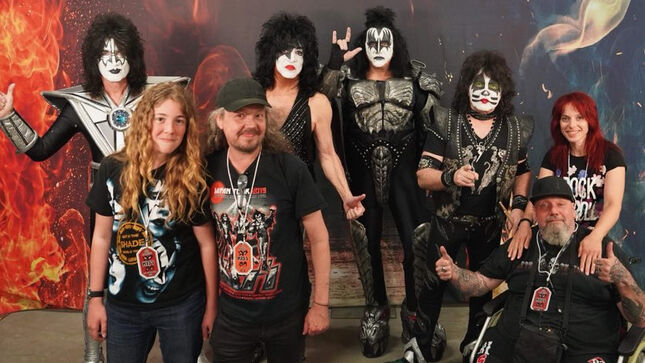 Some things happen for a reason, even if it takes 42 long years for them to happen.

At the very beginning of their career, more specifically after the release of their first album in 1980, Iron Maiden got the opportunity to be the hottest upcoming band of the NWOBHM scene to be special guests of KISS on their European Unmasked Tour. On that tour, Iron Maiden played 27 of the 31 planned concerts and for the first time they visited some countries such as Italy, Germany, France, Switzerland, Norway, Sweden, Denmark and the Netherlands, and they returned to Belgium once more.

Even then, KISS claimed for Iron Maiden that they were a great band and that they had a lot of fun moments on tour. There is no doubt that this tour opened the European doors wide for Maiden and helped them become one of the biggest bands of all time today.

Forty-two years later, on their End Of The Road tour, KISS visited Croatia for the first time in their rich career. More than enough for (after the meeting of Paul Di'Anno and Steve Harris), another interesting story happens, which in a way closes the full circle. Knowing that Paul is in Zagreb and that he will soon have to undergo several major operations, KISS invited Paul to be a special guest at their concert, in order to wish him a successful recovery. Thanks to the director Wes Orshoski, who contributed a lot to make this meeting happen, Chris Dale (Bruce Dickinson's bass player in Skunkworks) and his son Archie were with Paul.

Paul will very soon have three surgeries, after which he should have a speedy recovery. Already in September 2022, Paul should stand on his own two feet and walk with the help of crutches, and a few months later he will be walking quite normally. Many fans around the world supported Paul and donated money for treatments and operations, and were joined by Iron Maiden, who paid the costs for the operations.

After surgeries, Paul will still need several months of recovery, so we invite you all to help us raise additional funds. Here you can buy a bundle containing his first music releases after seven years and a special event t-shirt from the concert in Zagreb in 2022. The bundle is limited to 666 copies, of which over 600 have already been sold.

Watch the video for his first song from his new band/project Warhorse, "Stop The War", below: