PAUL STANLEY - “If Someone Else Can Be A Great Frontman And Reflect The Philosophy Of KISS, It Doesn’t Have To Be Me” 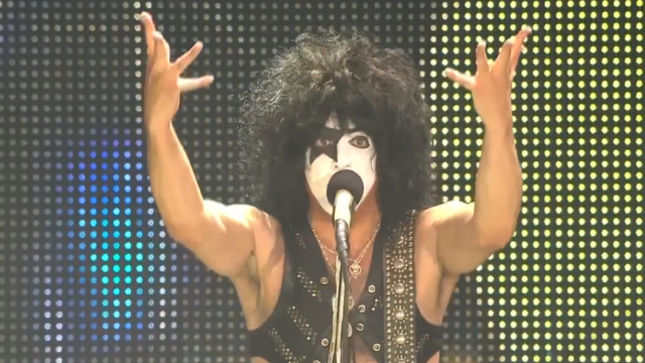 KISS frontman Paul Stanley wants to watch KISS playing live without him. Speaking with News.com.au prior to the band’s shows down under in October, Stanley discusses how he believes Kiss is immortal and will continue on once he’s retired.

“I look forward to a day when I’ll see Kiss play without me,” Stanley says. “Don’t want to do it next week, haven’t pencilled anything in, but it would be the culmination of what we’ve built and a consistent progression.”


KISS formed in 1973 and have survived several lineup changes due to ego, death and drama and weathered everything from low sales to high guitarists.

Stanley, 63, and Gene Simmons, 65, are the last two original men standing, but the singer insists everyone in KISS is replaceable, even them.

“The people who said it had to be all the original members to be Kiss are already 50 per cent wrong. Do I cast a big shadow? Sure. But am I crazy enough to think I’m the only person who can do this? That would be ridiculous. Do you go to a Yankees ballgame and hold up a sign “Where’s Babe Ruth?’ The team continues because the ideal is met. The standard is met.

“If someone else can be a great frontman and reflect the philosophy of Kiss, it doesn’t have to be me. Is there someone else out there either in their teens or early 20s now who is going to pick up the torch? I’m sure there is.”

Read more on this in-depth interview with Paul Stanley at this location.

KISS will return to Australia in October on their 40th Anniversary world tour playing arena shows in Perth, Adelaide, Melbourne, Sydney, Brisbane, and Newcastle. According to the official press release be touring with ‘The Spider’ – their massive 43,000 kilo lighting rig featuring 900 pieces of pyrotechnics, 220 automated lights, 20 flame machines and 300 kilos of dry ice.

“I’ve loved Australia since the very first time I visited,” says Paul Stanley. “It is one of the greatest secrets on earth and probably better to keep it that way. The food, wine and women are all extraordinary and everyone has always welcomed me and made me feel like it is home.”

Go to this location for ticket links and information.