PAUL STANLEY Looks Back On KISS' "Fabulous" Album Revenge - "Everybody Was On Point, And Bob Ezrin Was Just Firing On All Cylinders" 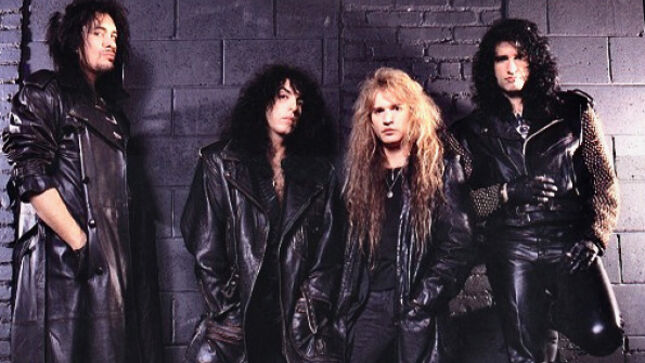 In a new interview conducted by Greg Prato for Songfacts, KISS singer/guitarist Paul Stanley discusses his soul music project Soul Station, the KISS songs with the biggest soul influence, and the non-make-up era of the band. A couple of excerpts follow:

Paul Stanley: "Well, the first one I would say that is perhaps not obvious – but I laugh, because it's totally obvious to me – is 'Shout It Out Loud'. You have the verse, "Well the night's begun and you want some fun, do you think you're gonna find it, think you're gonna find it." That answer in the background is the Four Tops! The call-and-response is something that the Four Tops did in 'Sugar Pie Honey Bunch' – there are loads of those. 'I Was Made for Lovin' You' [sings the song's chorus, then sings "Standing In The Shadows Of Love" - listen using the player below]. So, you wind up with other people copying 'I Was Made for Lovin' You', but 'I Was Made for Lovin' You' was rooted in that melody line. I can go on and on. I was a kid who was lucky enough to see Solomon Burke, Otis Redding – that music is fundamental in the foundation of what I do and what I am. It has to be in my music, because I heard it and loved it."

Songfacts: I wrote a book a while back about KISS' non-make-up era, Take It Off: Kiss Truly Unmasked. What are your thoughts on that period?

Stanley: "I think Revenge is a fabulous album. Really, really good. Everybody was on point, and Bob Ezrin was just firing on all cylinders. We were on a roll. I think we went through some more flamboyant, should I say... costuming, that today looks a bit garish and frivolous, but at the time it was part of what was going on. And to survive the long haul, sometimes you need to adapt and modify. I don't know any band that's lasted four decades that haven't gone through times that reflect the changes around them."

Paul Stanley’s Soul Station recently released the official video performance for their newest track, “I, Oh I”. Written, arranged and orchestrated by Paul Stanley, “I, Oh I” is the first original song to be released from the band’s forthcoming album, Now And Then, out on March 19 via UMe. Watch below, and pre-order the new album here.