PAUL STANLEY On Performing Final Show With KISS - "I Think It'll Be Overwhelming; I'm Sure It's Going To Affect Us More Than We Know" 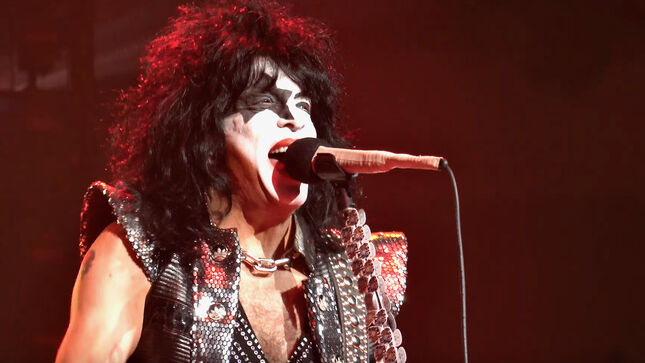 Germany's Rock Antenne caught up with KISS frontman Paul Stanley to discuss the band's End Of The Road farewell tour, the possibility of Ace Frehley and Peter Criss performing with the band at some point on the tour, and more.

Offering his thoughts on what it will feel like for him performing he very last show with KISS, Stanley says "I think it'll be overwhelming, I think it'll be very emotional. There were times even in the past decade that we've done shows where I choke up or get teary-eyed because what we've accomplished and the way we've affected people is so far beyond anything I could have imagined. When you see parents bring their children to experience what they experienced, that goes beyond being a rock band. That's being a phenomenon. Rock bands make music; phenomenons impact society. That's not lost on me, so the idea of a final show is monumental. I'm sure it's going to affect us more than we know."

2019 saw sold out KISS shows across the globe with arguably the greatest KISS show ever. The initial tour announcement was met with huge fan demand for added shows, but the End Of The Road Tour will officially come to a close with a date and NY location yet to be named.

Unfortunately, due to world events KISS could not complete the original European dates scheduled through 2020 and 2021. But the band are delighted to announce rescheduled and new European dates for 2022. Further dates will also be added to the cities announced today KISS will be offering VIP experiences and special KISS Army fan pre-sales. VIP experiences may include a personal photo opportunity with the band, access to an exclusive pre-show lounge and a behind the scenes tour. 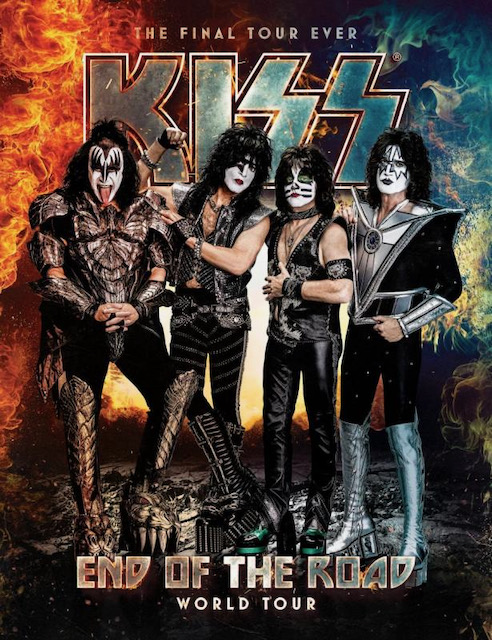