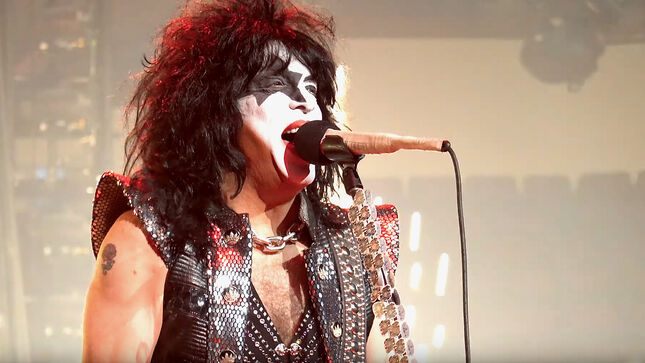 In the clip below, KISS frontman Paul Stanley chats to Download host Kylie Olsson about Download Festival memories, the band's End Of The Road Tour, and more

On the forthcoming KISS biopic, Shout It Out Loud

Paul Stanley: "I would rather not do it than do it half assed or poorly. Our director is the real deal; he did Maleficent 2 and he's not some hack. He knows how to make movies. It should be great. Casting hasn't begun yet, but that will be interesting, too. As the casting process goes on, I'll certainly be there and watching. It'll be interesting to see how someone else - be it the casting people or the director - how they view who I am and who they see doing that. I think I'll learn a lot about their perception of me by who they cast."

In April, Deadline exclusively reported that Netflix is near a deal for Shout It Out Loud, a film package that aspires to do for the iconic hard rock band KISS what Bohemian Rhapsody did for Queen.

According to sources, Netflix is tying up a deal after a bidding battle for a film that will be directed by Joachim Rønning, the Norwegian filmmaker whose credits include Kon-Tiki, Maleficent: Mistress Of Evil and Pirates Of The Caribbean: Dead Men Tell No Tales. The script is written by Ole Sanders. Pic will be a co-production of Mark Canton’s Atmosphere Entertainment and Universal Music Group.