PAUL STANLEY Talks Launching SOUL STATION - "I Like Pasta, But It Doesn't Mean I Want To Eat It Three Times A Day; Music Should Be The Same Way" 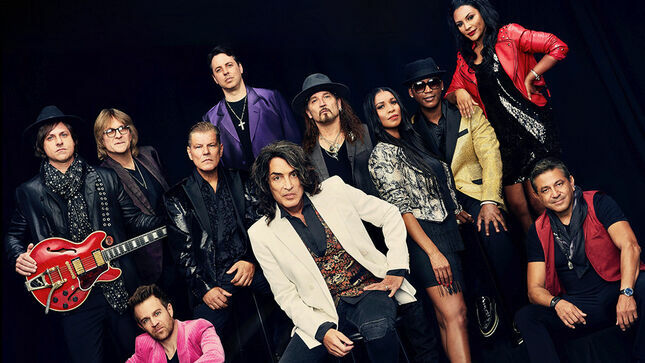 KISS frontman Paul Stanley is featured in a new interview with Cleveland.com discussing the band's End Of The Road farewell tour, and the launch of his 15-piece ensemble group, Soul Station. Following is an excerpt from the story.

Stanley: “I like pasta, but it doesn’t mean I want to eat it three times a day, and music should be the same way. I’ve always been aware of many different genres of music, and I think to expand the music you’re making you have to bring in influences, consciously or unconsciously, from things that you listen to that are unlike what you normally do.”

Stanley does acknowledge some sense of mission in Soul Station’s reverent treatment of music from the canons of Motown, Philadelphia International, Stax-Volt, Atlantic Records and other legendary catalogs of the ’60s and ’70s.

“We were very committed to going out and playing these songs that, unfortunately, have been relegated to being short samples in rap tunes and things of that sort instead of people getting to experience how amazing this music is,” he explains. “As soon as we start any of these songs, you just hear either sighs or gasps or people just being transported back to remembering songs they may have forgotten, too. Really, the idea initially was to go out and do these (songs) justice. That didn’t mean mimicking them. It meant doing them accurately but doing them with passion and understanding and understanding the intent of the songs.”