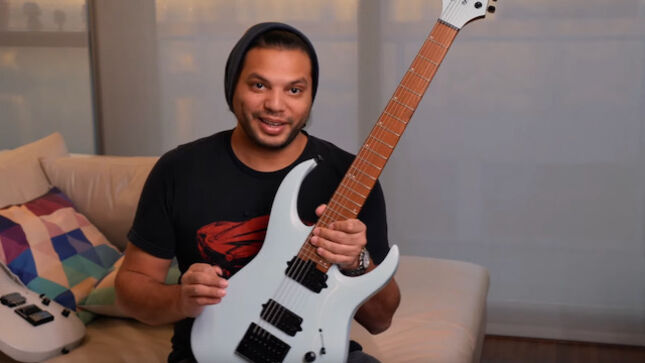 Jackson Guitars has released the new video below, along with the following message:

"Periphery guitarist Misha Mansoor's lineup of signature Jackson Juggernauts has expanded in 2021 with the addition of the Pro Signature Misha Mansoor Juggernaut ET6 in Chalk Gray and ET7 in Gulf Blue.  Both models have received the EverTune® bridge treatment, and in this video demo, Mansoor elaborates on the benefit of this all-new feature."