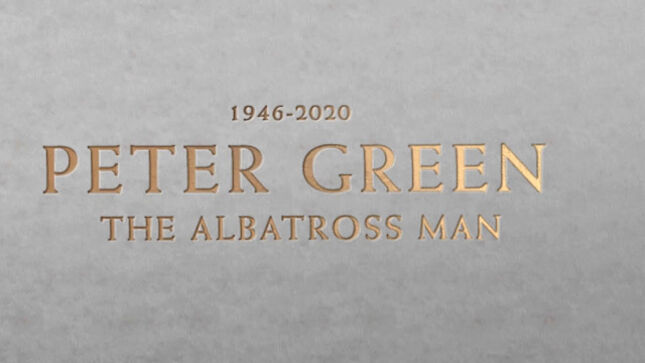 Legendary Fleetwood Mac guitarist Peter Green passed away, peacefully in his sleep, on July 25, 2020. For the past four years, Peter worked directly with Rufus Publications to produce a huge, illustrated visual book of his life and career. During this time a book of rare images, memorabilia, lyrics and notes from his time in Fleetwood Mac and beyond has been assembled with Peter having full control over the book's direction and details.

During the evolution of the book it was decided to include some unique music as part of the project. A newly discovered vocal take by Peter, recorded in the late sixties in his mother’s house on a tape recorder, of "Need Your Love So Bad" formed the basis of the first song with guitars provided by Pink Floyd’s David Gilmour, a huge fan of Peter’s work. The track was produced by Laurie Latham. Peter heard and approved  mixes of the track.

The second track chosen was "Man Of The World" and Kirk Hammett of Metallica, another huge Peter Green fan and current owner of the legendary Greeny guitar, was approached and quickly joined the project. He flew into London and on January 6, 2020 he went into London’s Abbey Road with producer Rob Cass to record the guitar parts for his revised vision of the song, all using Greeny.

The following day Kirk went down to Canvey Island to meet with Peter and hand him Greeny once more but also to play him the guitar parts to "Man Of The World". Again Peter approved the music and approach. The track has now been mixed and finished in LA with legendary producer Bob Rock and also features Mick Fleetwood on drums.

Both tracks have been recorded for the book project and offer widely different interpretations of Peter’s work. 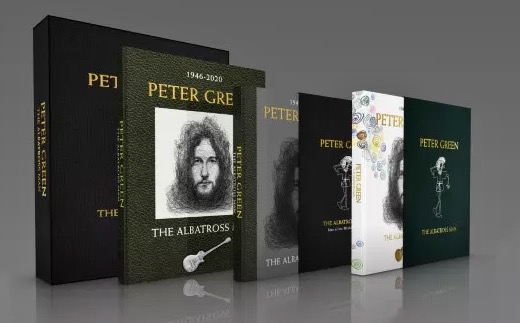 The book will go on pre-sale from the end of April here, and ship on what would be Peters 75th birthday, October 29, 2021.

Watch a teaser video below, and stay tuned for updates.