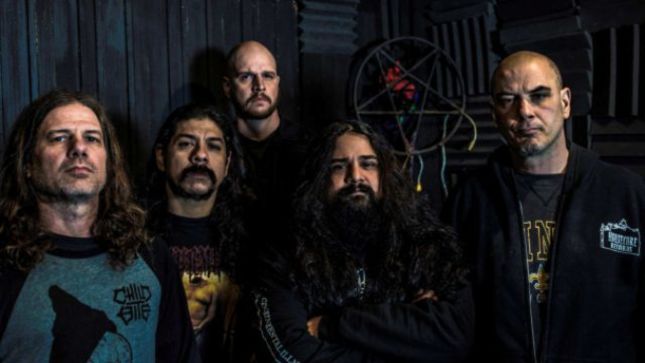 During a conversation with Ultimate Guitar's David Slavković, Philip H. Anselmo & The Illegals bassist Derek Engemann and guitarist Mike DeLeon talked about performing Pantera songs live in concert, while also discussing their own gear, modeling amps, and more. Following is an excerpt from the interview.

UG: Since you're doing Pantera songs on this tour, can you single out one song that was the most difficult for you to learn and why?

Derek: "We have been working on one song that's a bit tricky that we haven't played yet. But '5 Minutes Alone' has got a lot of... it's a little trickier to sync up. But as far as the bass goes, it hasn't been extremely challenging. I just try to nail it, do it like Rex (Brown) did it. Which... you have to add attitude to it. Which is kind of weird but you just can't play the notes, you have to have that attitude along with it. So that would be the most difficult part for me on bass."

Mike: "For me on guitar, I would say... I mean, every one of them that we play, we all took our time to dissect and go over the notes. We'd be, not arguing, but discussing in the jam room 'No that's a three, no that's a four...' But I would say, overall, the hardest one for me as a band we learned 'Primal Concrete Sledge,' and we never play it. But we've played it once or twice live. But I think if we got it down a little bit more, I think that one would be the one to bring back out because it's a ripping tune. It's a tough one to play two guitars because Dime was one and he nailed it. But when you got two guitars trying to nail that... *sings the chugging riff* It's tough. So that one's probably been the toughest one as a band to learn. Even without the guitar solos, 'Primal Concrete Sledge.'"

On July 20th, Philip Anselmo & The Illegals performed at the Dynamo Metalfest in Eindhoven, Netherlands. During their set, they were joined by Soulfly's Max Cavalera for Pantera's classic "Walk". Check out the video below.