PLUSH Releases Video For “Will Not Win” 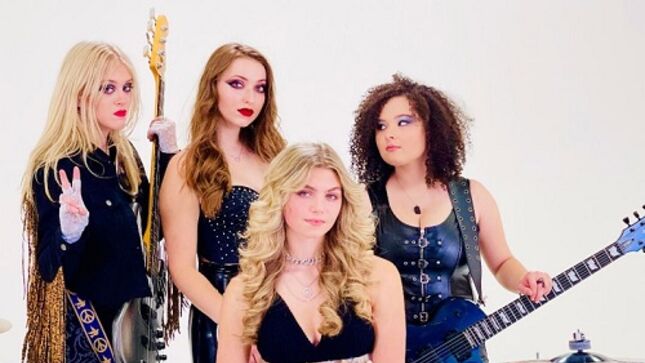 Plush has released a new video for “Will Not Win”. The song comes from the band's self-titled debut album, which was released in 2021 via Pavement Entertainment and features the Billboard Top 40 charting singles “Hate” and “Better Off Alone”.

“Will Not Win” is a high-octane rock anthem that fires up listeners. The music video was directed by Kaylene Widdoes. It features energetic live performances of Plush, as well as behind-the-scenes footage of the ladies on tour.

Vocalist Moriah Formica says, “So excited for everyone to see our new music video for ‘Will Not Win.’ It’s one of my favorites off the album and I think this video really captures the energy of when we play this song live!”

Bassist Ashley Suppa says, “This video was a lot of fun to shoot because it captured us at a time that felt the most natural. There is nothing that compares to the energy of a live audience, whether you’re a part of it or in front of it!”

Guitarist Bella Perron says, “The video was filmed while we were opening for Sevendust on the Coun7down to 2022 mini tour and gives more of a behind the scenes look into our adventures on the road. I hope you all enjoy it as much as we do!”

Drummer Brooke Colucci says, “‘Will Not Win’ is hands down my favorite song on the album and my favorite song to play live. I truly feel like this video captures that and it shows us as our most natural selves while we are out on the road!”

Plush’s mission is to help bring rock back to the forefront of the music industry. The band is composed of four talented young women, whose accomplishments and talent eclipse their age. They have been electrifying audiences during recent live performances across the United States supporting Evanescence, Slash, Halestorm, Seether, Mammoth WVH, Daughtry, and SevenDust and on the big festival stages of Rocklahoma and Welcome To Rockville.

See Plush live this fall. They will be playing the Louder Than Life Festival in Louisville, KY, on September 22, 2022. Plush will also join KISS on the second week of the KISS Kruise from October 29 - November 3, 2022 with more tour announcements to come!

The cover art and tracklisting for the self-titled debut from Plush can be seen below: