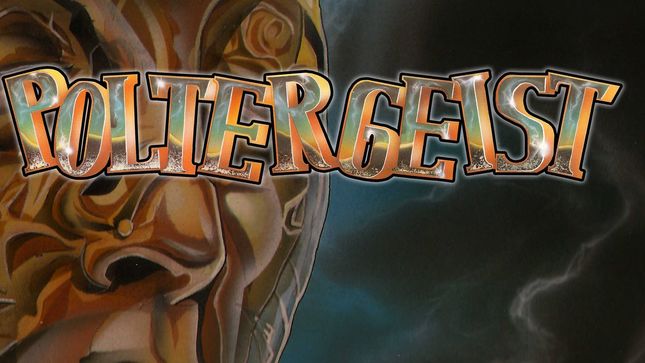 Swiss thrash band Poltergeist from Liestal recently signed a worldwide deal with Pure Steel Records. The band formed in 1985  and released three albums (Depression, Behind My Mask, Nothing Lasts Forever), will release the new album Back To Haunt via Pure Steel Records after 22 years on October 21st. The single for the title track is streaming below:

With albums such as Depression (1989) and Nothing Lasts Forever (1993) the guys around mainman V.O. Pulver (guitar) and André Grieder (vocals) presented evergreen albums of the genre, which still count as references for many. 22 years after the split they return with their fourth studio album, which is released through Pure Steel Records. Technical thrash metal with melodic vocals, sophisticated songwriting and a good, powerful production are the main strengths of the ten new tracks (plus bonus song on the limited Edition).

Poltergeist reunited in 2013 followed by powerful shows at the 70000 Tons Of Metal Cruise, the Metal Assault and Headbangers Open Air Festivals, Poltergeist has come full circle for its new and fourth album.