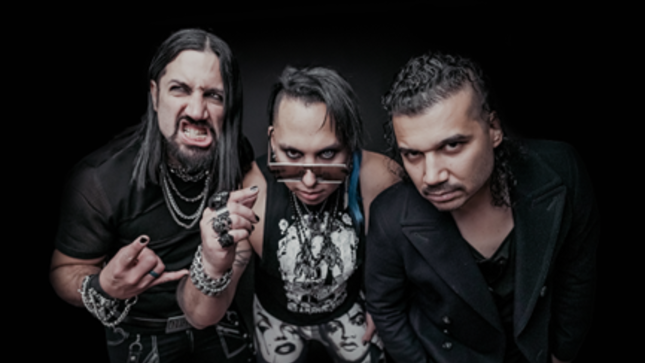 Los Angeles-based post-industrial metal band Zeistencroix has created something quite unique when compared to anything they've ever done before. Specifically, their new single “Ice Queen”.

Released on July 29th, “Ice Queen” can be saved / added at this location, and enjoyed below. The song is personal to the band. It's emotionally driven and very different from what they are used to writing, but at the same time, it feels right to them.

“The song is about a relationship, how one can feel left out of the picture because the other partner never fought enough, or how one can regret not being aware of what was going on in the relationship,” says Zeistencroix vocalist Orlando Draven. “How someone be so cold to leave everything without a care in the world, it is a love song.”

“Ice Queen” was produced and mixed by Tim Palmer, who commented, “Great to mix again for Zeistencroix. Once more the band have delivered powerful songs that manage to remain melodic, but are still as heavy as hell. The challenge of the mixing was to bring out all the beauty of the music, but present it as powerfully as possible. I think we achieved this!”

Inspired by a variety of musical genres, including metal, jazz, rock, and grunge, Zeistencroix consists of leaf singer Orlando Draven, or OD; drummer Santi Rivillas, or Santi; and guitarist Akopan, or AKO. The trio harmonize to create boiling tracks and waves of vibrations indicative of a new era.

Zeistencroix will release their new EP, Cruix-Fixion, on August 26th via Pavement Entertainment. It's being recorded and mixed at Stygian Sound with Alex Crescioni and Tim Palmer. For further details, visit Zeistencroix on Facebook.