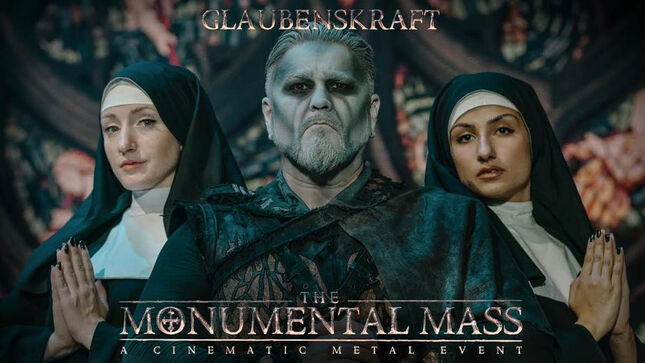 One of only three songs with German lyrics in Powerwolf’s discography is “Glaubenskraft”. Celebrating its “live” premiere via the cinematic streaming event The Monumental Mass - A Cinematic Metal Event, the song proves to be a real highlight in the live set of the band, ready to be unleashed to the masses at one of Powerwolf’s massive tours or festival headline shows this year. The incredible sound production highlights this live version and turns it into a standout hymn for each fan of the genre.

The song, well placed at the end of the second chapter of the cinematic streaming event, called “Sin”, shoves a finger into the wound that the church has created for itself in recent years. The blank looking nuns in the video hovering while the band performs on an oversized burning cross speaks louder than any words.

All metal crowds will shout along to this banger of a song - whether they understand the German lyrics or not!

At the end of 2021, Powerwolf fascinated with a streaming event of unprecedented dimensions. Those who thought they had seen everything in the live sector were instantly proven wrong with unmatched audio production and visuals that can only be described as simply breathtaking. This summer, on July 8, this new benchmark for music streaming events will finally be available to view any time you crave. The Monumental Mass - A Cinematic Metal Event will be unleashed on DVD, BluRay and many other physical formats.

Powerwolf have stood at the peak of superlative, epic metal moments for years, but what they present with this streaming event surpasses anything seen before. After months of detailed work, a story was crafted and presented in several chapters based on the stunning music and elaborately staged cinematic scenes. All show effects, actors and stage settings work hand in hand with each other and bring the medium of live music to a level never seen before. From battles with clergy to stories of nuns, monks and burning angels, cinematic images immediately capture the viewer.

The Monumental Mass - A Cinematic Metal Event is a live spectacle that unveils new details watch after watch, and cements Powerwolf's status as the most outstanding band in their genre.

The Monumental Mass - A Cinematic Metal Event will be available in numerous formats including a 96-page earbook, 48-page mediabook, deluxe box, vinyl box and other elaborate formats. The mediabook format will feature Powerwolf's legendary headline show from Wacken 2019, Hallowed Be The Holy Ground, in full as a special bonus. The show is also included in the vinyl box – you can't get more live action than this. 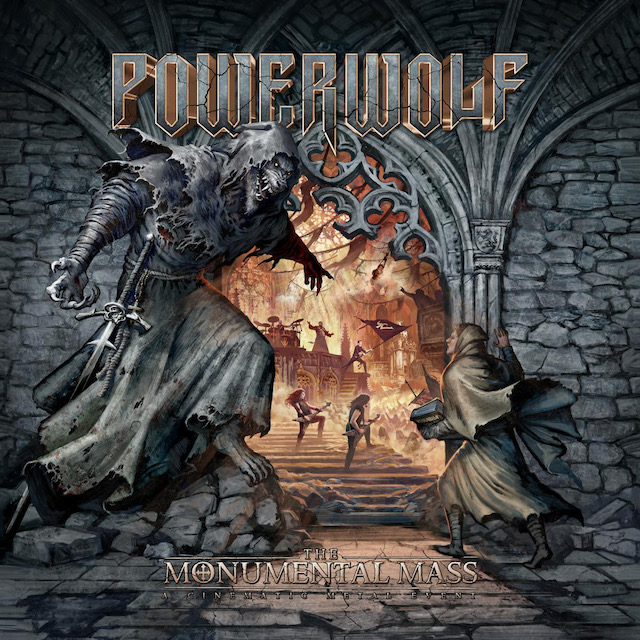