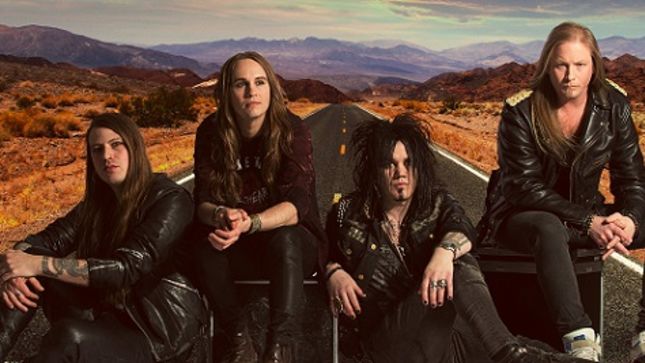 Hear the roar from the hard rock kings of northern Sweden. "Meant For Trouble" is the second single from Pretty Wild's upcoming album, Interstate 13.

Swedish hard rock act Pretty Wild started their journey back in 2007. The road has been long since then and Pretty Wild have conquered their way through Europe and across the sea to The States. Twelve years later and they are releasing their third album, Interstate 13. Pretty Wild have put all their energy, blood and sweat into this album, by spending two years working on it.

Interstate 13 contains twelve tracks of pure hard rock; the album will be released on May 31st via Black Lodge Records / Sound Pollution Distribution. Pre-orders can be placed now at this location.