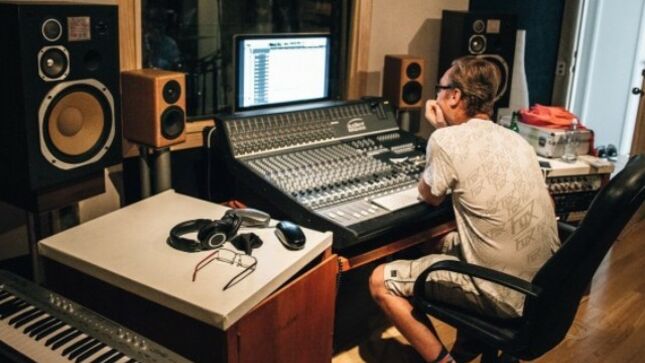 Greece's Rock Overdose caught up with producer / Dream Evil guitarist Fredrik Nordström, who discussed the various projects he's working on and looked back at some of his career highlights.

On Dream Evil's plans for a new album:

"We’ve been planning to write a new album for almost two years now. We try to write new songs but with no success so far due to lack of free time. I think we have a very good back catalog with songs; the idea is to try and go back to our first album, to be more childish - if you understand what I mean. It’s super nice to be out and play in festivals, etc. but we had to cancel many shows because of that Covid shit! As we don’t play so much, that’s the whole plan, we are really good friends, the band is like a hobby, instead of being a tour band. We prefer to have fun with the band and not to rely on the band for a living."

On his current production schedule:

"There are a lot of albums that have reached the 20 year anniversary (mark), so I’m finishing now an Australian band. Also, we have remixed and remastered HammerFall's Renegade album, which is a very good album by the way. We’re going to re-do Dimmu Borgir's Puritanical… album. There’s a lot of stuff going on, actually, but also due to Covid people can’t travel etc. I hope in March or April Obscura can be able to enter the studio, but I don’t know if this is going to happen"

Check out the audio interview and read the transcript here.