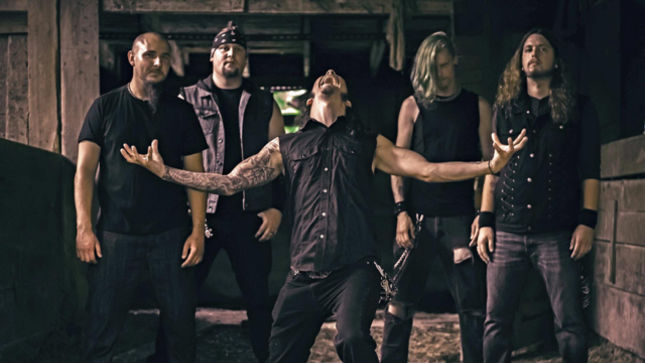 Product Of Hate, hailing from the Kenosha, Wisconsin area have been crafting their vicious blend of groove, thrash, and new-wave metal for the past few years. Their upcoming studio album will be released via Napalm Records later this year. In the Capitol Chaos TV clip below they discuss their new album, signing with Napalm Records, working with legendary guitarist James Murphy and more.

Four camera live video of Product Of Hate performing "Kill. You. Now." at The Boardwalk in Orangevale, California on March 26th can be viewed below:

Check out the premiere of the band's lyric video for the song “As Your Kingdom Falls”:

Sharing the stage with some of the biggest bands in metal including Testament, Lamb Of God, Gwar, Chimaira, Unearth, Meshuggah, Job For A Cowboy and Lazarus A.D.,  Product Of Hate is now set to take on the world.

Below is the current list of Product Of Hate tour dates with Allegaeon and The Agonist. Product Of Hate has also been confirmed as direct support for the 20th Anniversary Hatebreed concert, set for May 7th in Milwaukee, WI.