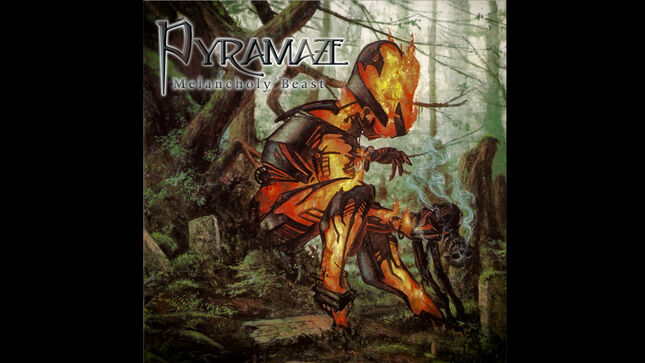 Melancholy Beast, the classic debut album from Pyramaze, will be released on vinyl for the first time on November 11 via Inner Wound Recordings. The album was originally released in 2004. There will be 150 copies on black vinyl, 75 copies on white vinyl and 75 copies on clear vinyl. Pre-order here.

Michael Kammeyer comments: "Dear Pyra-Warriors! It's been a long time coming. But all good things take time! Finally, with the aid of the one and only Inner Wound Recordings, we will release a special limited-edition vinyl of our classic debut album Melancholy Beast, originally published back in 2004.

To make this release even more special, the first 100 copies pre-ordered from the Inner Wound Store will include a beautiful art print by illustrator and comic artist extraordinaire Mr. Hans "Hanzo" Steinbach, where he has skillfully created his own interpretation of the Melancholy Beast character.

Personally, it gives me great pride that we have herewith completed the limited-edition vinyl-collection from the first three albums - the years when I was still an active member and captain of Pyramaze. So dear metalheads - don't be slow about it. Get your hands on this gem before your neighbor ;)" 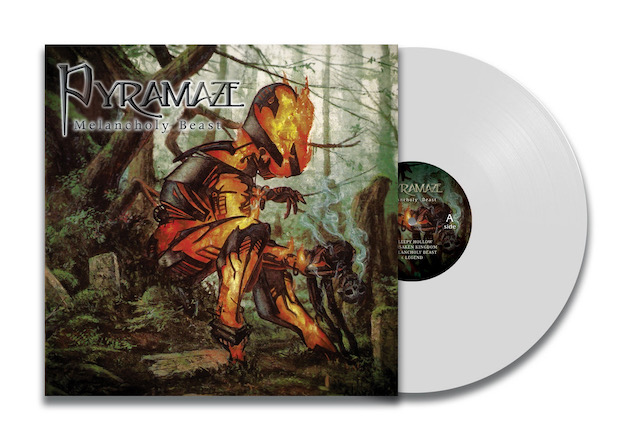