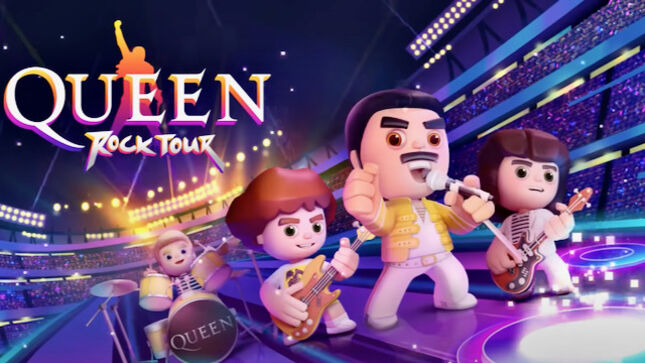 Queen: Rock Tour is he first ever official Queen game on mobile. Become a rock legend with Queen as you tap to the rhythm of over 20 classic songs including "Bohemian Rhapsody", "We Will Rock You", "We Are the Champions" and "Radio Ga Ga".

Hit the stage and perform with the entire band — Freddie Mercury, Brian May, Roger Taylor and John Deacon — as you unleash your music talents to play thrilling guitar riffs, heart-pounding drum solos and much more. All you need to do is tap the tiles in time with the rhythm, and become a part of the band. Style your performances with over 40 official and iconic costumes from the band's history and help unlock fun trivia facts and exclusive images from the official Queen archives, by scoring highly in the game.

Queen's music has been featured in major mobile music games before, but for the first time ever the band will be releasing their own dedicated mobile experience in Queen: Rock Tour.

Check out the trailer below. Pick up the game via the Google Play Store here.