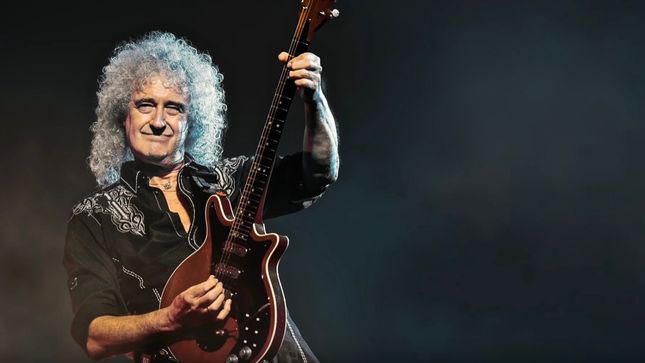 Queen's Brian May was recently voted greatest rock guitarist in the world, according to a Guitar World poll. In a brand new interview with Chris Bird, May discusses placing above Led Zeppelin innovator Jimmy Page; an excerpt follows:

“He’s almost my generation, but a little bit older, and we went to the same primary school, although he was, I think, two or three years above me – and that’s a lot when you’re small. So I always looked up to him, I gotta say, because he’s kind of a local boy to me.”

“Strangely enough, we live quite close to each other at the moment. To me, he’s a master of invention, that’s what I would say. And he’s a major, major force in defining what heavy rock became as it was being born. I never get fed up of listening to those Zeppelin albums, and I never will.”

“And it’s a funny feeling as well, because we were boys trying to do our thing and hoping that one day we might be rock stars and live their life, and listening to 'Communication Breakdown' and 'Good Times Bad Times', I remember I had that feeling of, ‘Oh my god, he’s doing what I want to do and I either have to give up or else I have to try bloody hard.’”